After another week of dreary weather, Friday afternoon turned out to be priceless.  I put new cranks on the Unit earlier this week and finally got the chance to test them out.  I just love the new RaceFace Evolve SS crankset.  I have to thank my LBS, The Bicycle Center in Brookfield, CT, for hooking me up with a great deal on these cranks.  I have them on the Spot and now they are on the Unit. 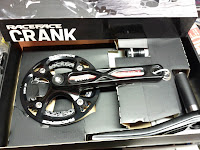 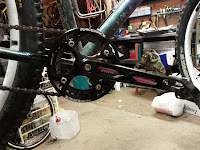 I wanted to ride Waldo but had to tie up a few things at work that went later than expected and evening plans that popped up all of sudden meant that I was heading out to Upper Paugussett to test out the new crankset. 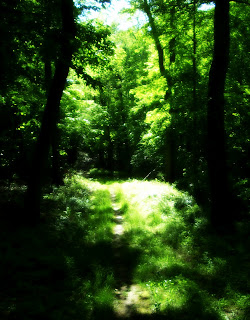 Despite all the rain from the previous week, Upper Paugussett was stellar.  There was the usual wetness on the Poly Brody and there were a few soft spots on the Gussy but it was perfect for riding. 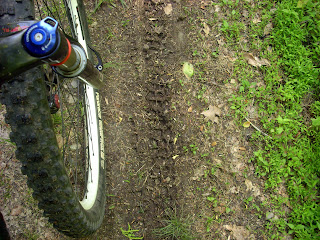 Of course the evidence of a Moto on the Poly Brody was not very encouraging.  Hopefully, they are just using the fire road as a cut through to get somewhere else. 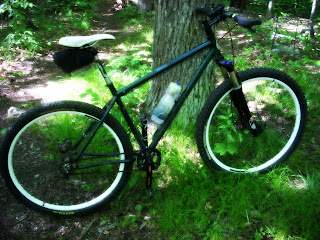 The ride on the Unit was exceptional with neither the cranks nor the chain ever falling off!  Of course I think chain tension is a major factor in the latter issue that I should have spent more time on before the great single speed race! I discovered that the built in tensioners have 2.5mm hex endings in them so adjusting the tension is a lot better now and I also found how this can effect the chain line, too.  In fact, I was climbing so well that I think I am ready to go to a 19t and my goal is to be riding 18t for next year's SSAP. 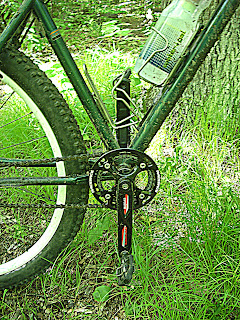