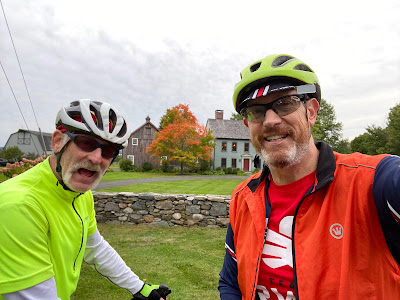 As it turns out September was going to be a big riding month where I it will be second the time I have ridden over 900 miles in 30 days. I also did it in May of this year and as of last night I bested that month the night before.  I was planning on riding after work today and Scott said he was swinging by house at 5 PM so I kitted up and we headed north into Bridgewater. He was just out for a quick twenty but I wanted to get a 3 Handle (30 miles) which would put my total miles for the month at or over 950 miles at the conclusion of tonight's ride. 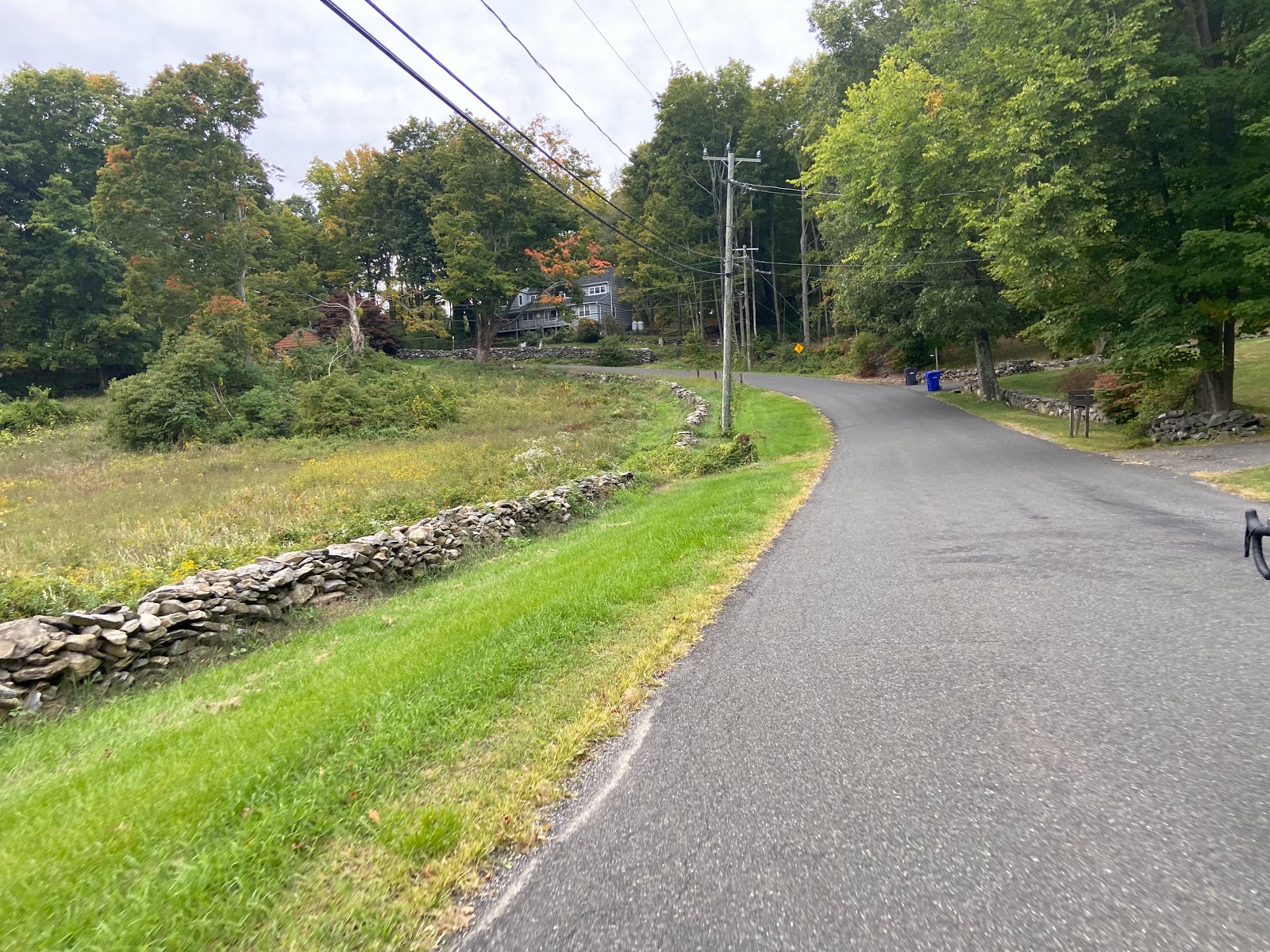 With the drought that we have had you would think the leaves would be turning a lot sooner but they are really slow this year. It's nearly October and only a few Sugar Maples are just turning orange! 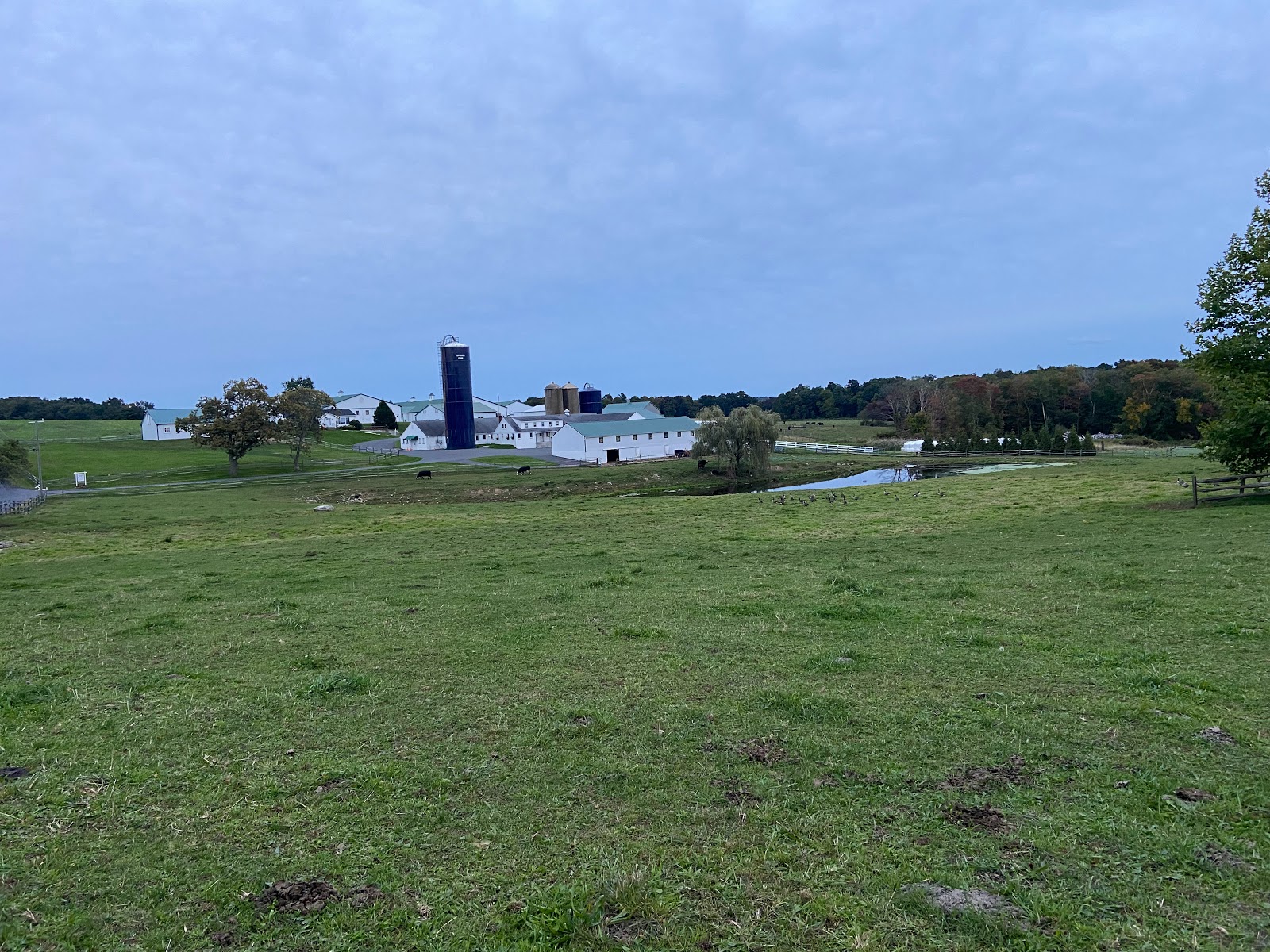 While Scott turned back to ride back to Newtown I headed up to my favorite place in Roxbury, Topland Farms. It has a wonderful vantage point and of course they have cows. 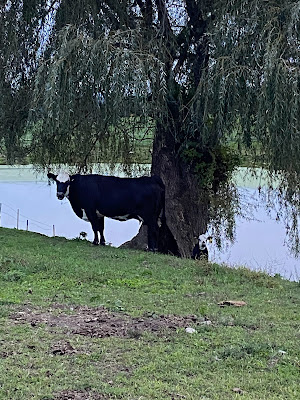 There were a couple of new calves at the farm today. 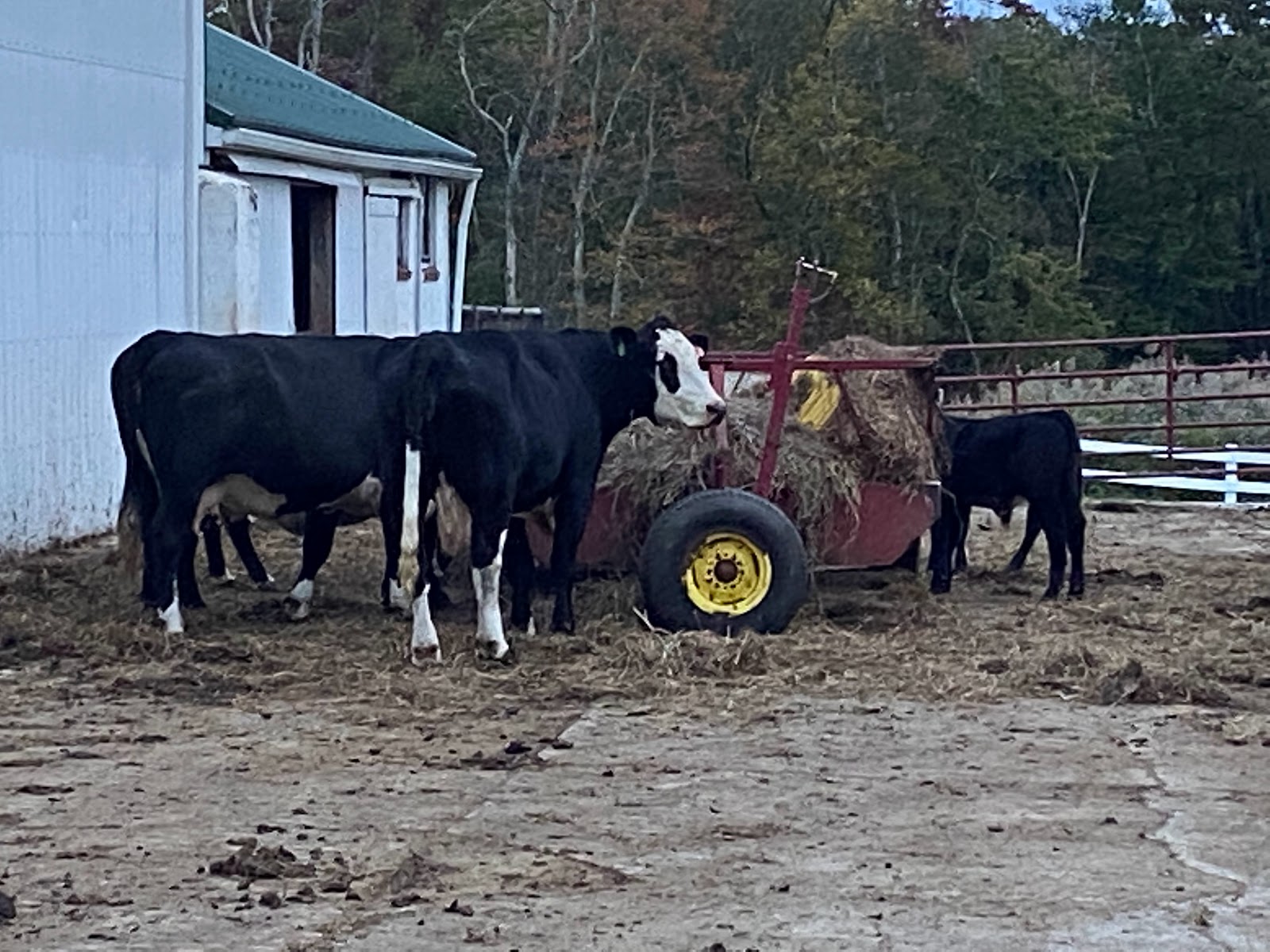 The overcast was stealing daylight pretty quickly and I prepared ahead of time by bringing my helmet light. Leaving the farm I finished the climb to the top of Painter Ridge and debated whether or not to ride down the ridge into Woodbury which would increase tonight's ride to 40+ miles but I didn't want to be out so late so I opted to ride to the Roxbury International Airport. 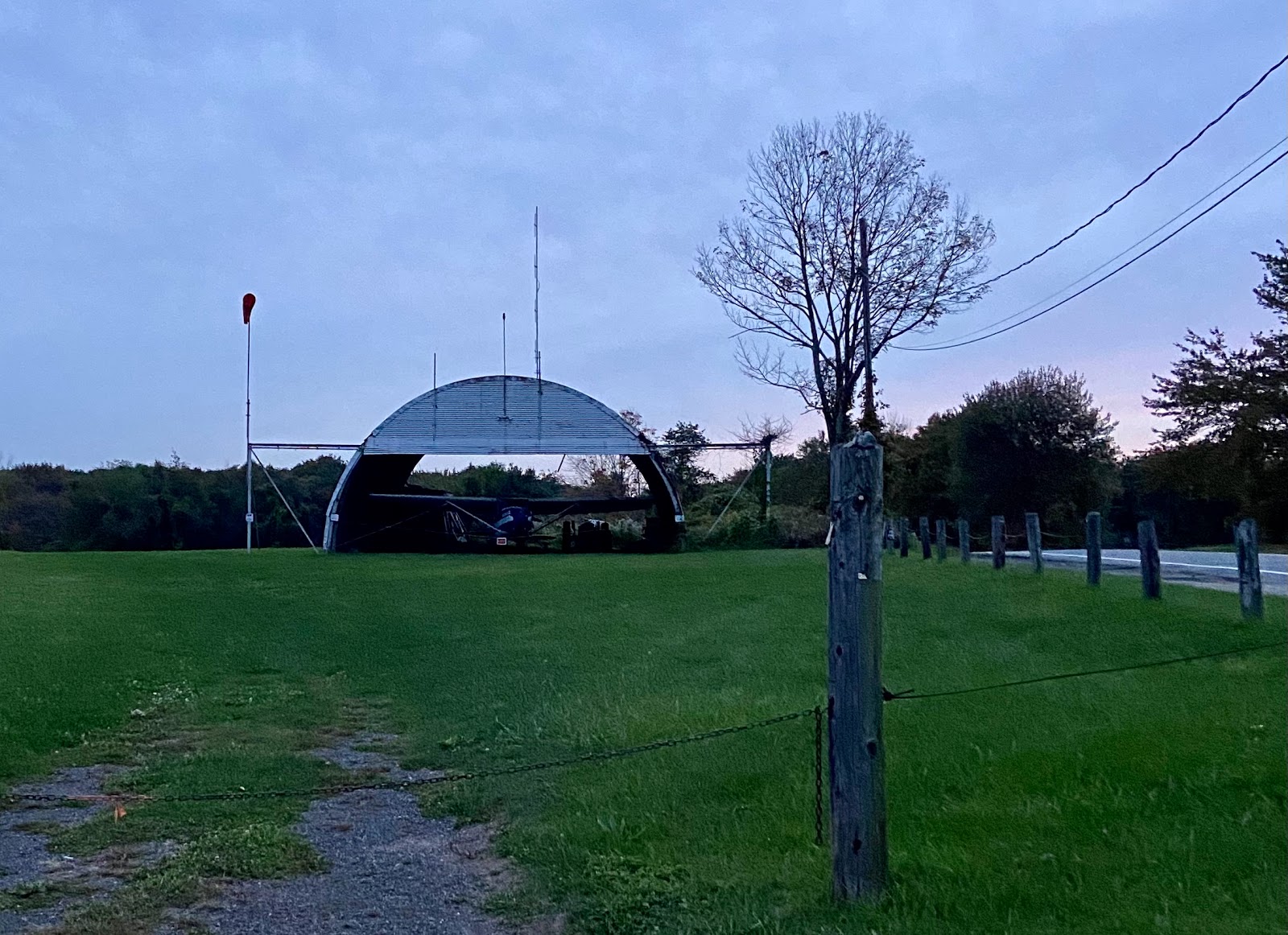 It's really a private strip a one plane hangar and not really sure the Cessna sitting in it actually flies. There are some other planes behind the hangar that must be there for parts. 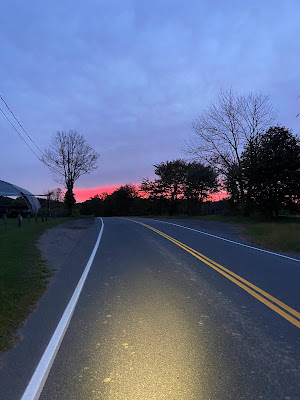 Then I noticed the red sky behind the hangar and the top cover clouds were capturing the setting sun this evening and it cast an eerie red glow on the horizon. 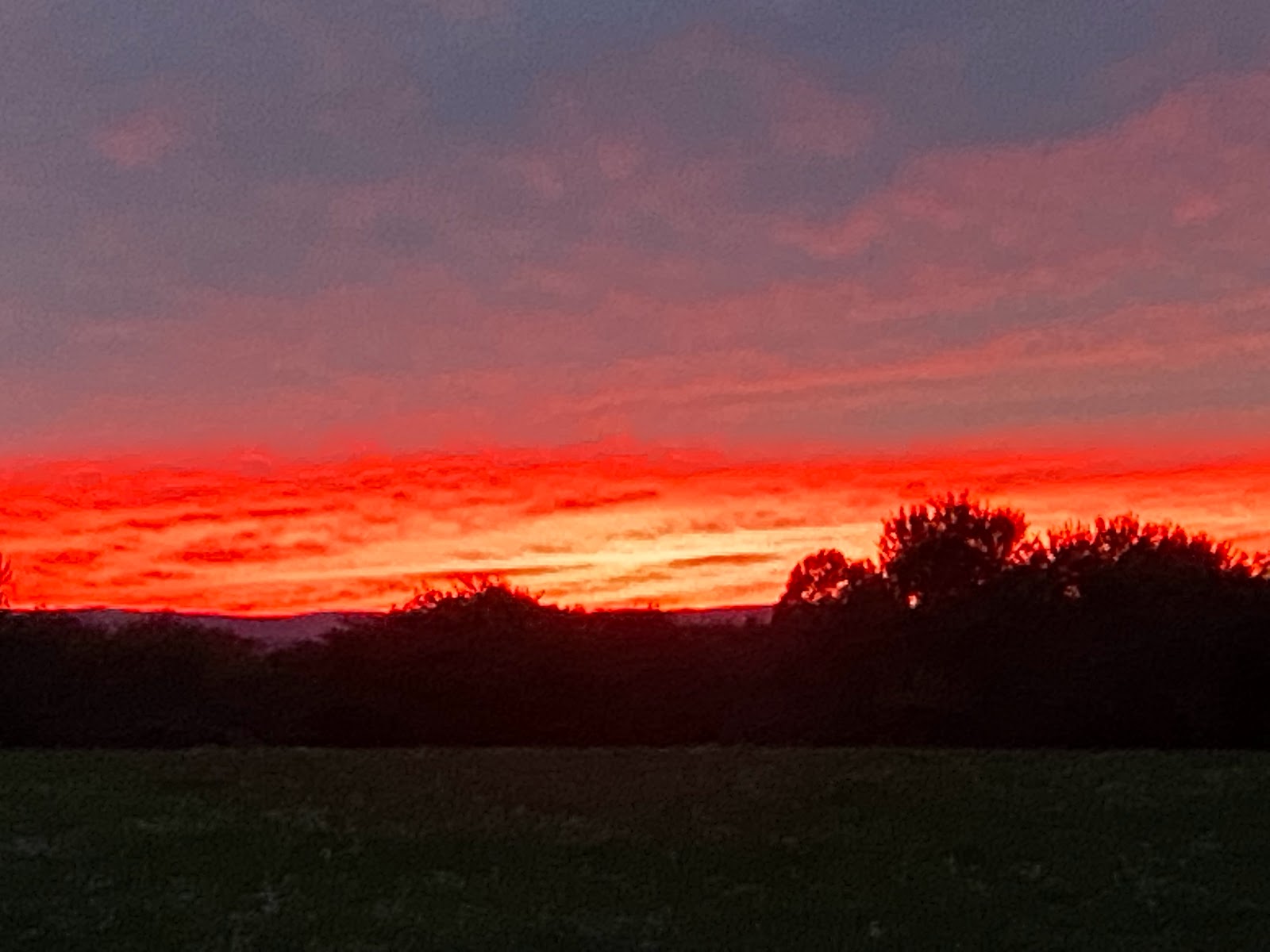 I rode further down Upper Grassy Hill Road and saw this awesome view of red glowing under the clouds. At this point I had a snack and put on my headlight and headed home and finished the ride with 35 miles, making my total for the month 955 miles.  Just think, if I didn't take any rest days I would surely have broken the 1000 mile per month limit. I need my rest days though.