My new cycling shoe dilemma is over. Earlier this spring I bought a pair a Pearl Izumi road shoes but when ever I wore them my feet would go numb.  I tried everything: thin socks, no socks, super loose, and nothing worked so I took them back. 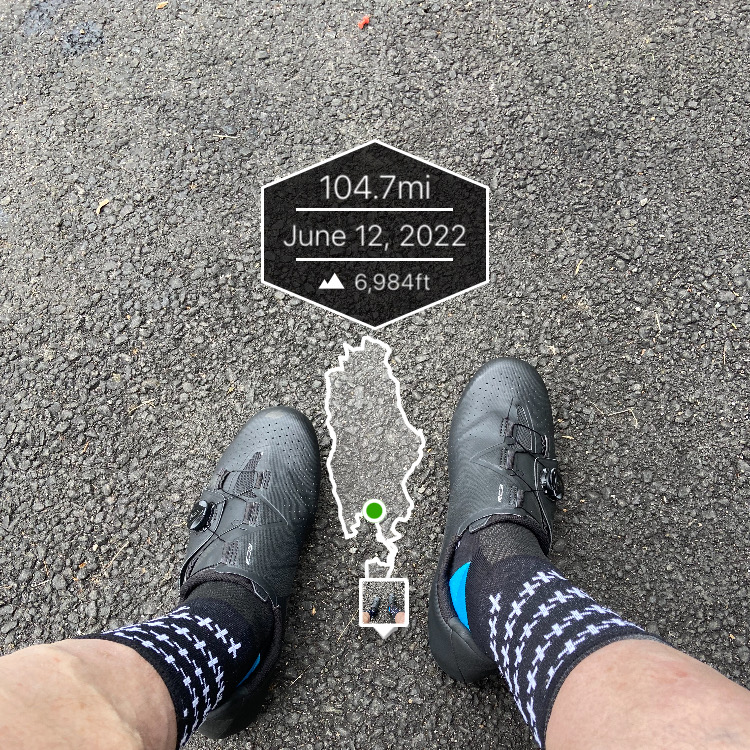 A month ago, I went to my local bike shop, Brookfield Bicycle Center, and they ordered me a pair of Shimano Road Shoes. I was told that Pearl Izumi's run narrow and Shimano's, that they ordered for me were generally wider. 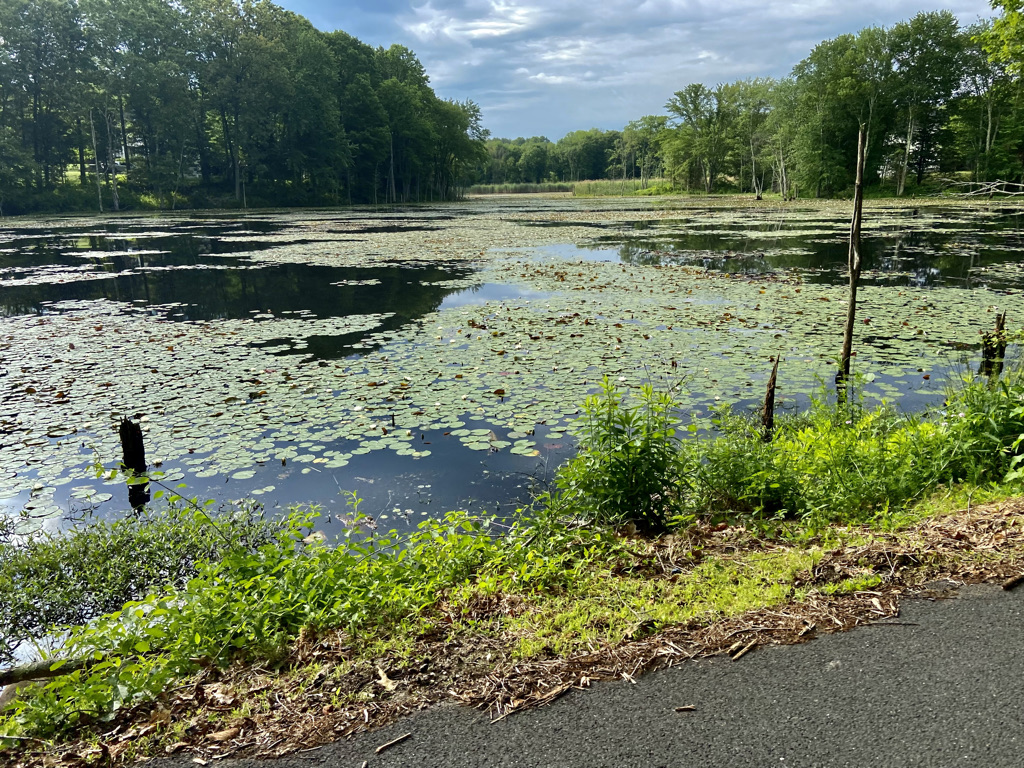 I headed out Sunday morning with the notion that if it doesn't rain I might go for another big ride, which would be a great way to test the shoes out. The weather apps were bouncing all over the pace so it looked like we had about a 3 hour window before any precipitation was going to fall in our area. 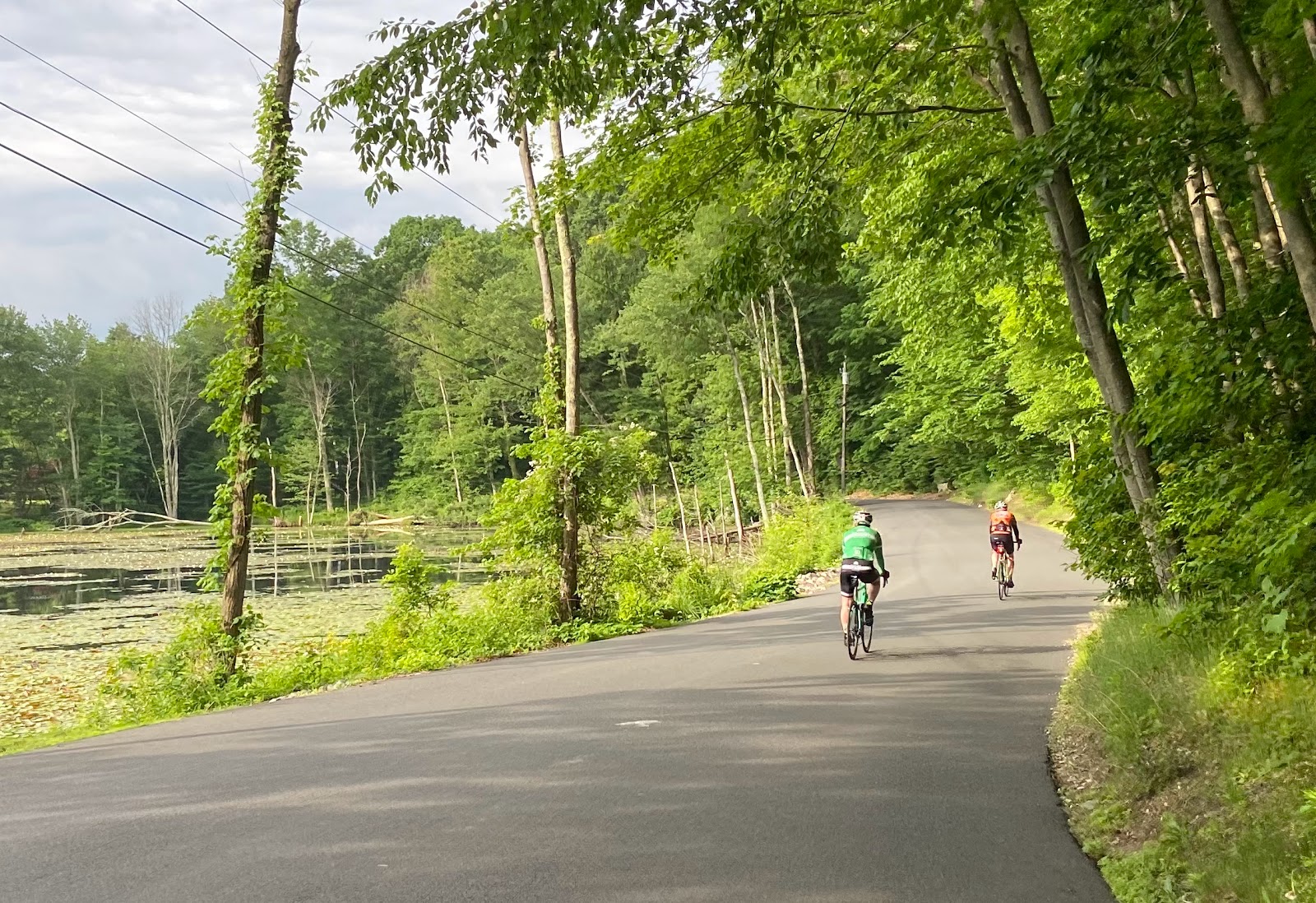 I met Scott at the Flagpole and we were a little early so we took the long way to down to meet Gavin at the intersection of Huntingtown and Meadowbrook. We found Gavin further up the road taking pictures of his bike.  As we rode towards Easton it was sunny but there were dark clouds coming from the southwest. 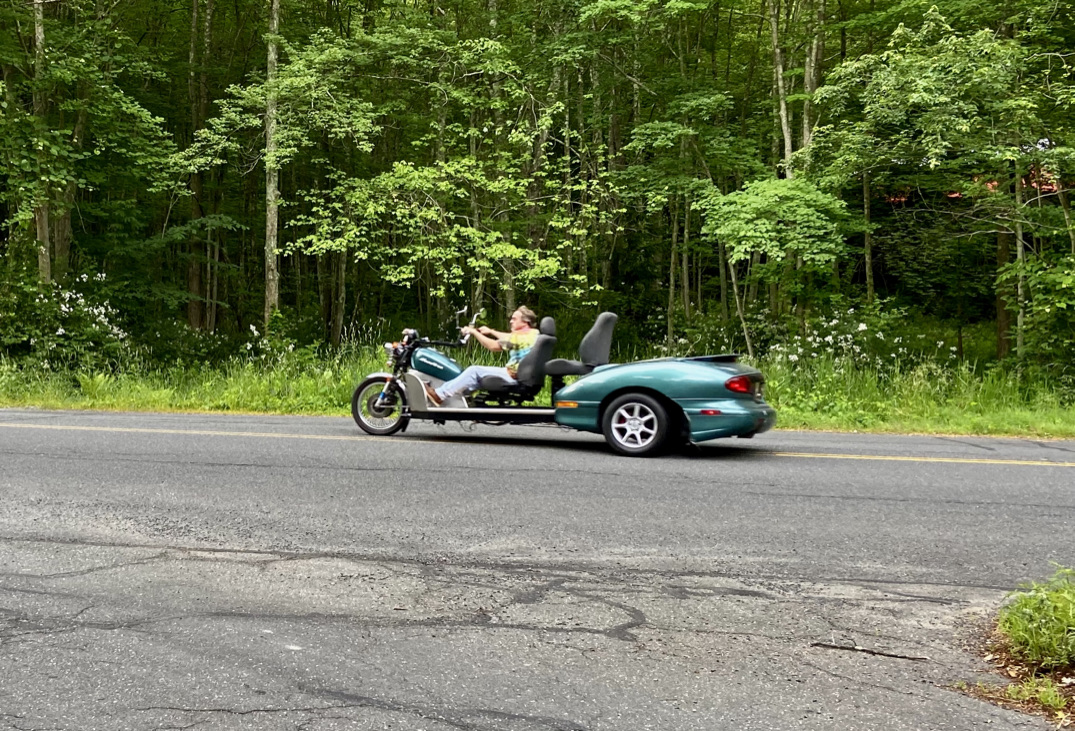 Before turning onto Judd Rd to ride down to Easton and to Greisers we stopped for a second so Scott could make sure his bike was OK after hitting a stick on the side of the road. This odd looking motorcycle pulled out of Mountain Road. It was a Saturn powered trike! 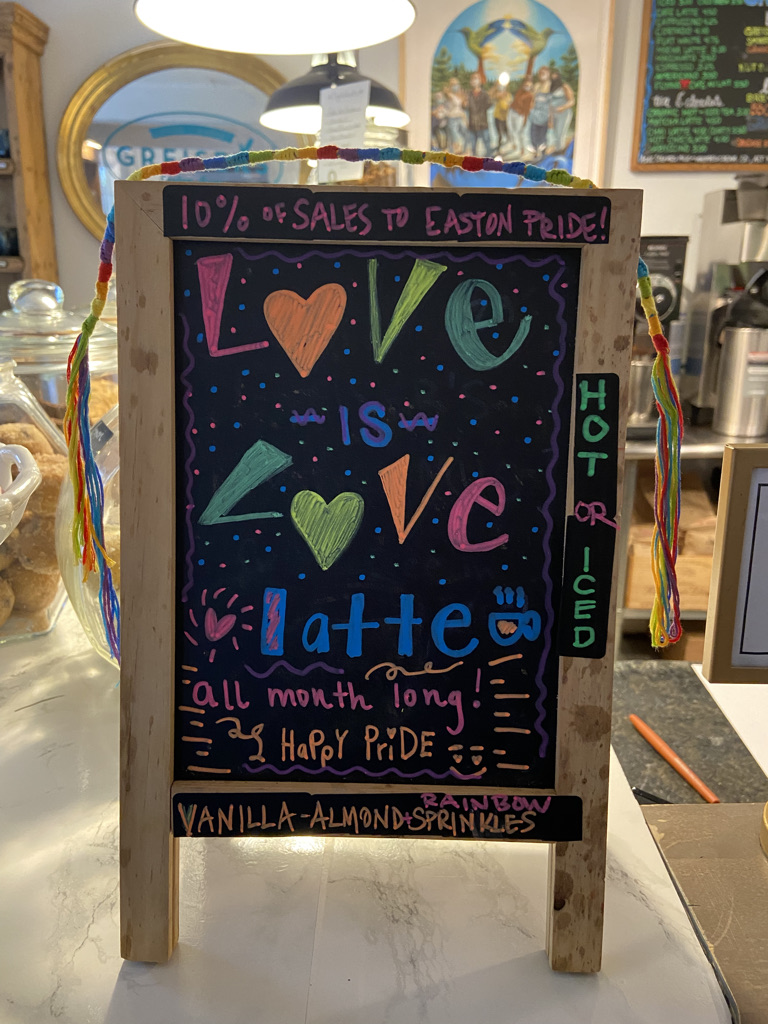 At Greisers, there was this colorful sign celebrating Pride Month. This year's recognition of Pride is definitely mainstream and I like it because I am an ally and feel everyone should be treated equally and fairly no matter what their sexual orientation, skin color, or beliefs may be. 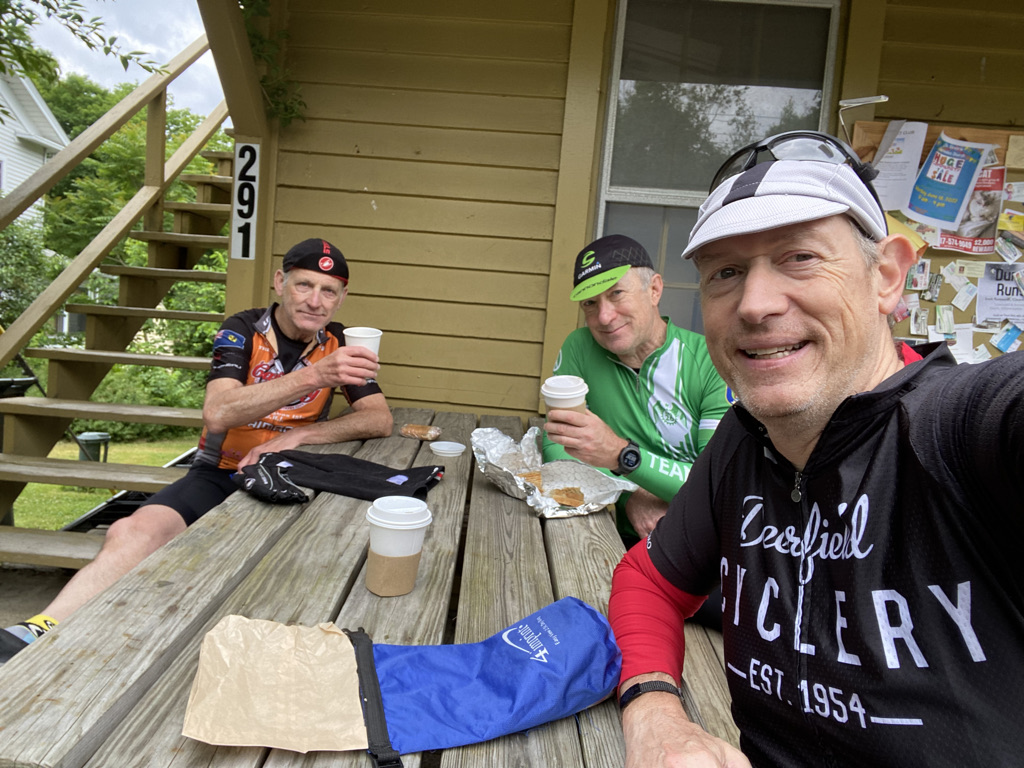 The sun disappeared when we got to Greisers and it began to cool off a bit. The coffee was good though and conversation with these guys is always entertaining. 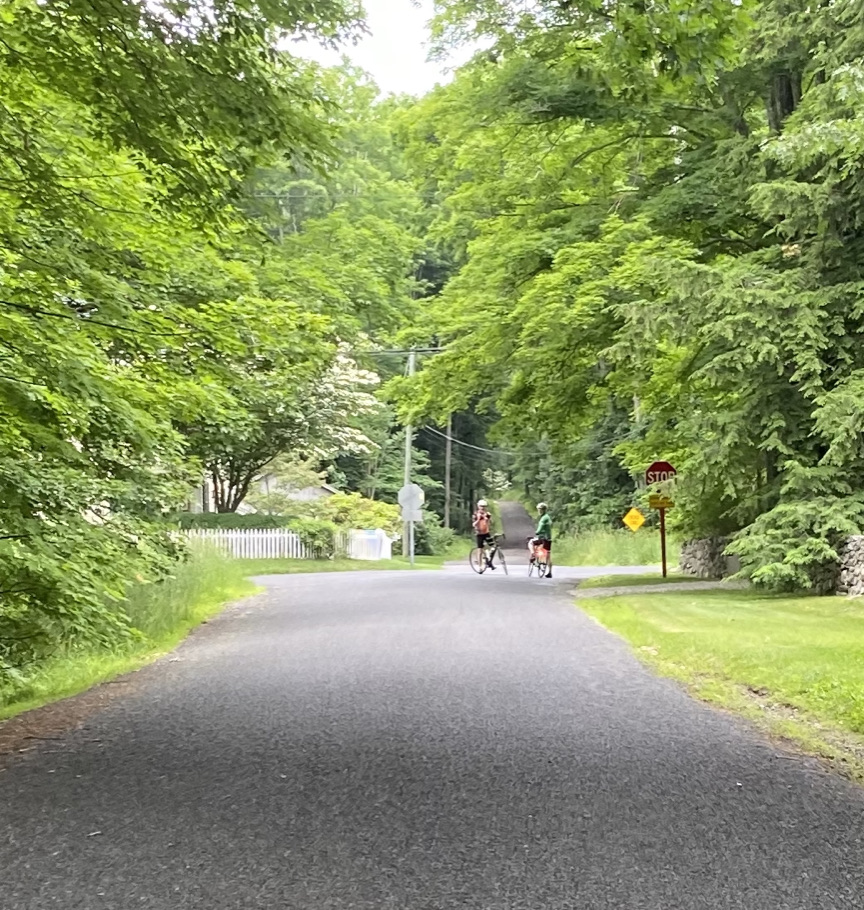 Leaving Greisers you could smell rain in the air and we headed north up Staples Road where we got a few sprinkles. At the intersection with Old Poverty Hollow, Gavin was considering continuing on it but we convinced him that he wouldn't be happy on it and really didn't have the right bike for it. 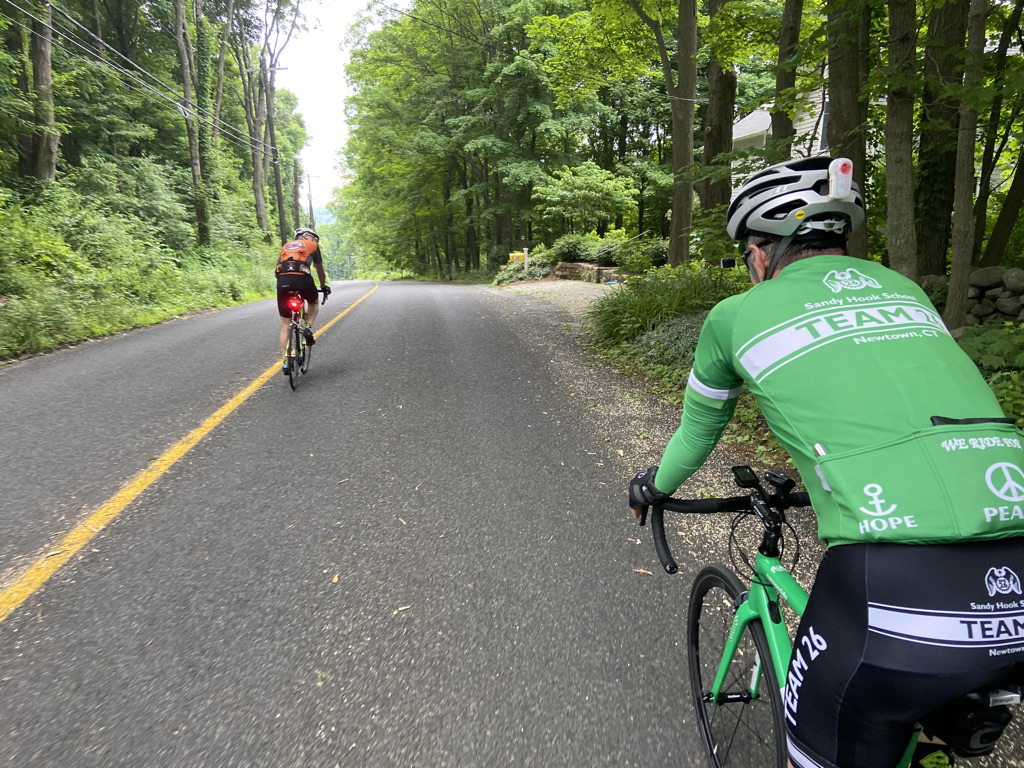 We headed up Pine Tree Hill and into Joel Barlow High School where I knew there was a nice Port-a-potty with my name on it. Then we climbed up Meeker Hill and descended down to Poverty Hollow. 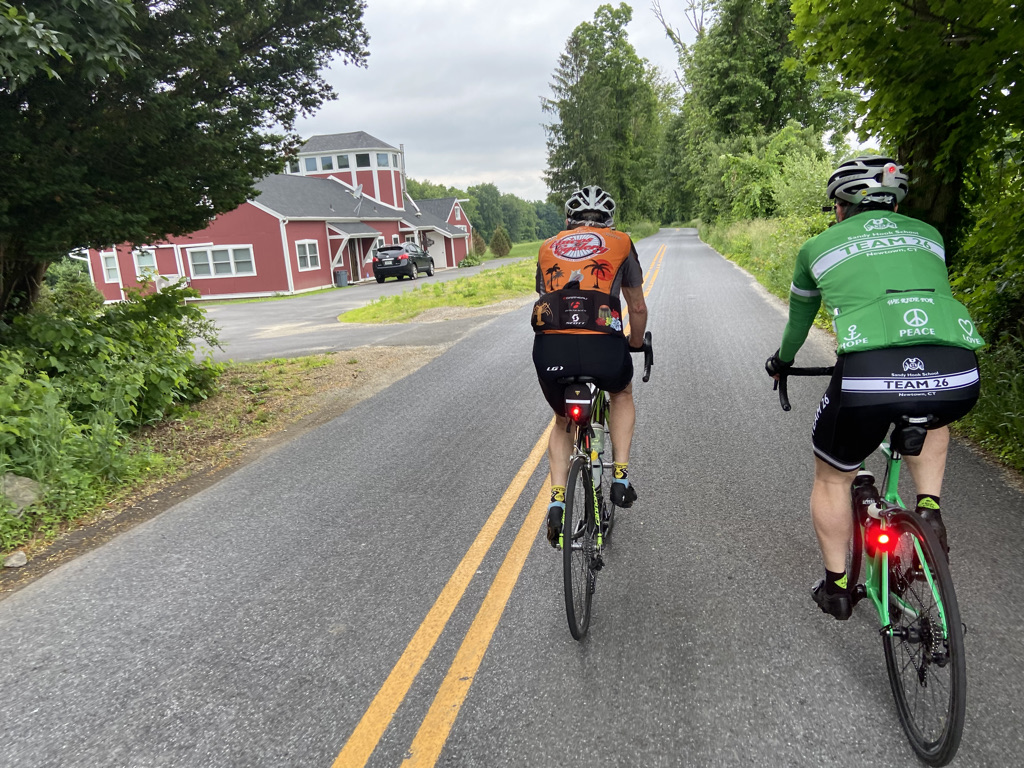 Normally, on a Greis-n-shine ride I would break off from Gavin and just continue on Boggs Hill back to town and then my house but since I have a route OCD and don't like to ride over roads that I have already ridden I opted to follow Gavin and Scott as they made their way back to Gavin's house. 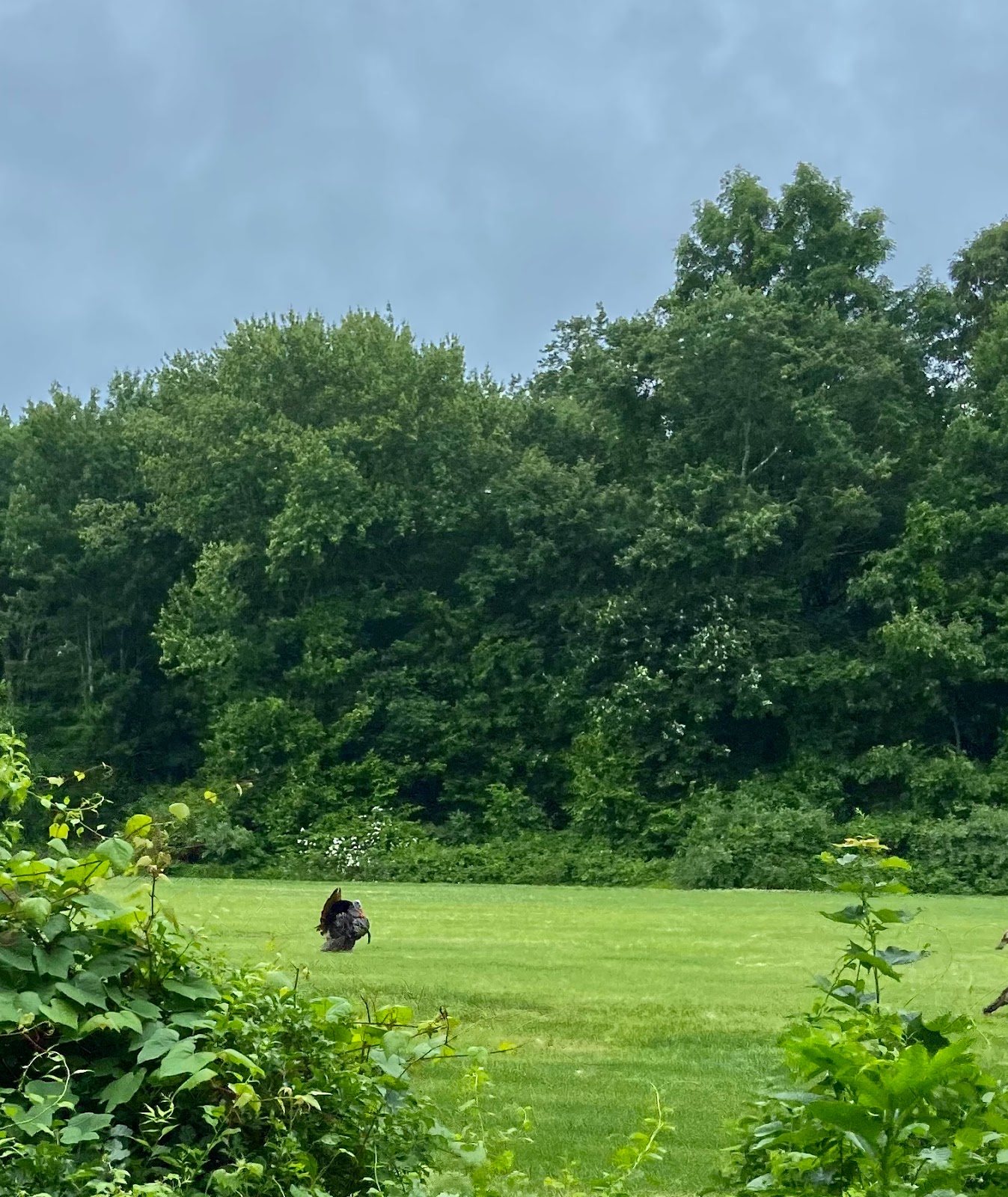 There was a rafter of turkeys on Flying Ridge and one Tom was trying to court the ladies. 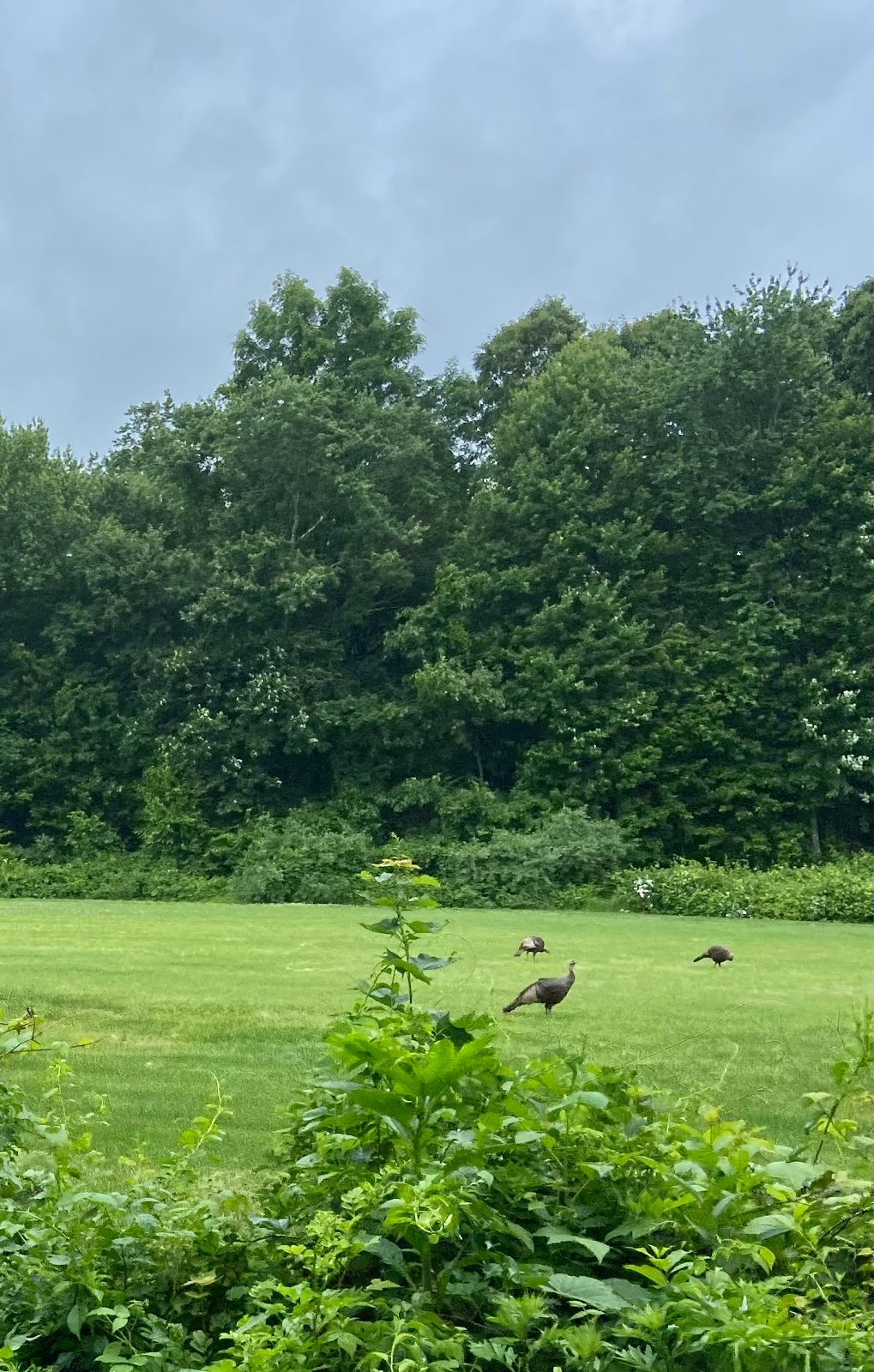 At this point Scott and I decided to break off from Gavin as he turned back down Huntington and get a bonus loop in by riding down to Uncle Matt's Bakery in Sandy Hook. 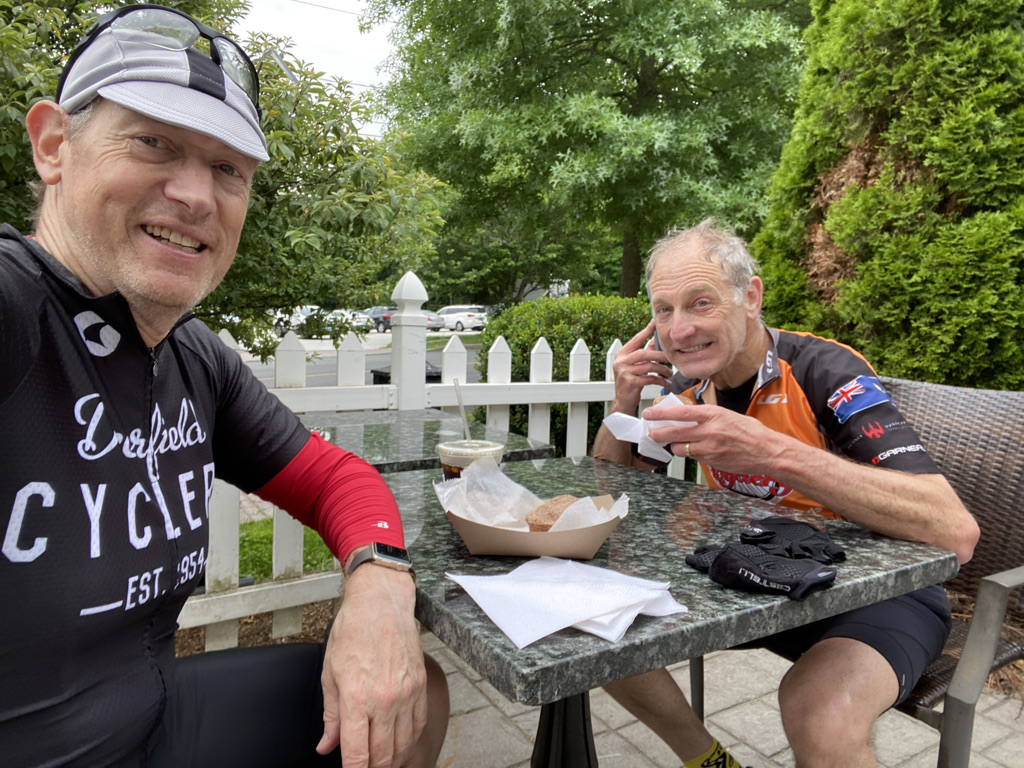 We got a few more sprinkles at Uncle Matt's but not enough to send us seaking cover. Uncle Matt's was crowded and the Dirtbombs were as delicious as ever. 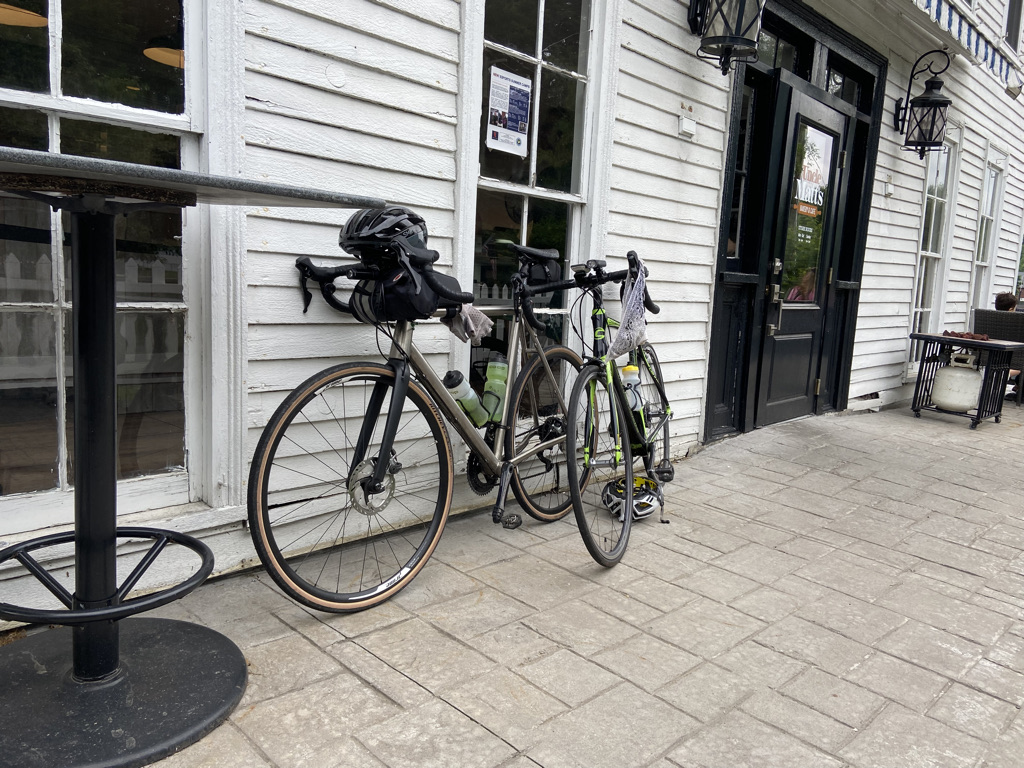 One more check of the weather apps and they were all saying that a little bit of rain was going to fall at 11 AM and then more rain was predicted for much later. Since I was prepared for a longer ride today, even had a rain jacket in my handlebar bag I decided to ride north from here into Litchfield County. 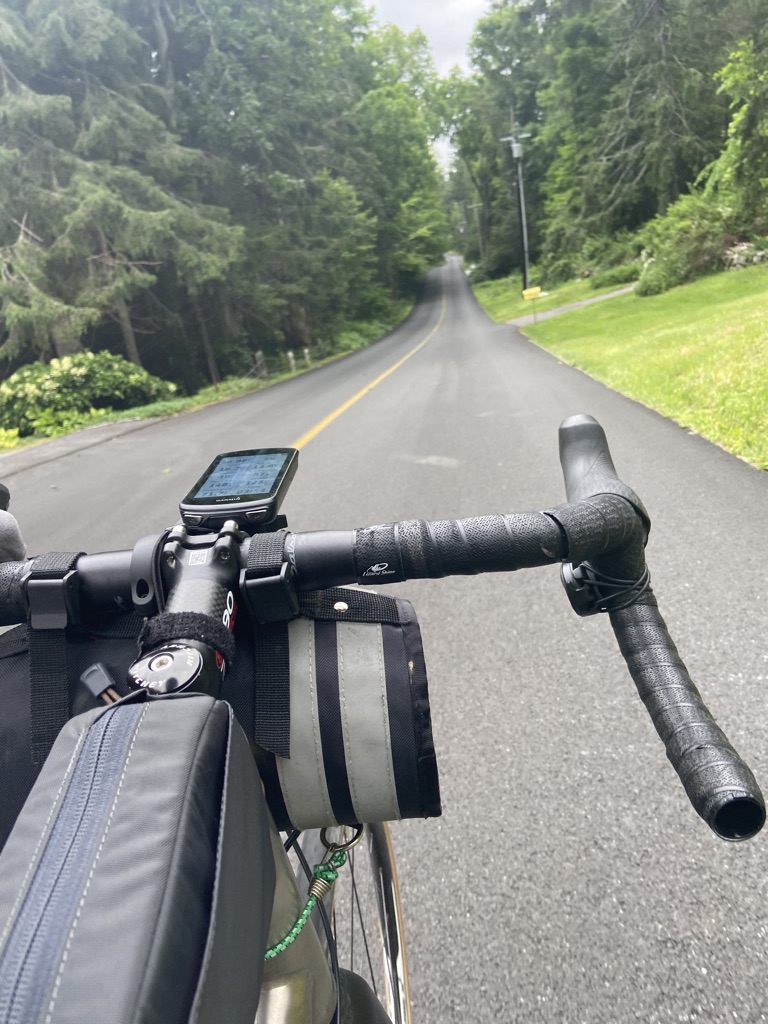 I made my way through Southbury and Woodbury, basically re-tracing our route to OOF, then continued north on Rt 47 till I came to Nettleton Hollow.  It's great route in the other direction but also a nice gradual climb, too. 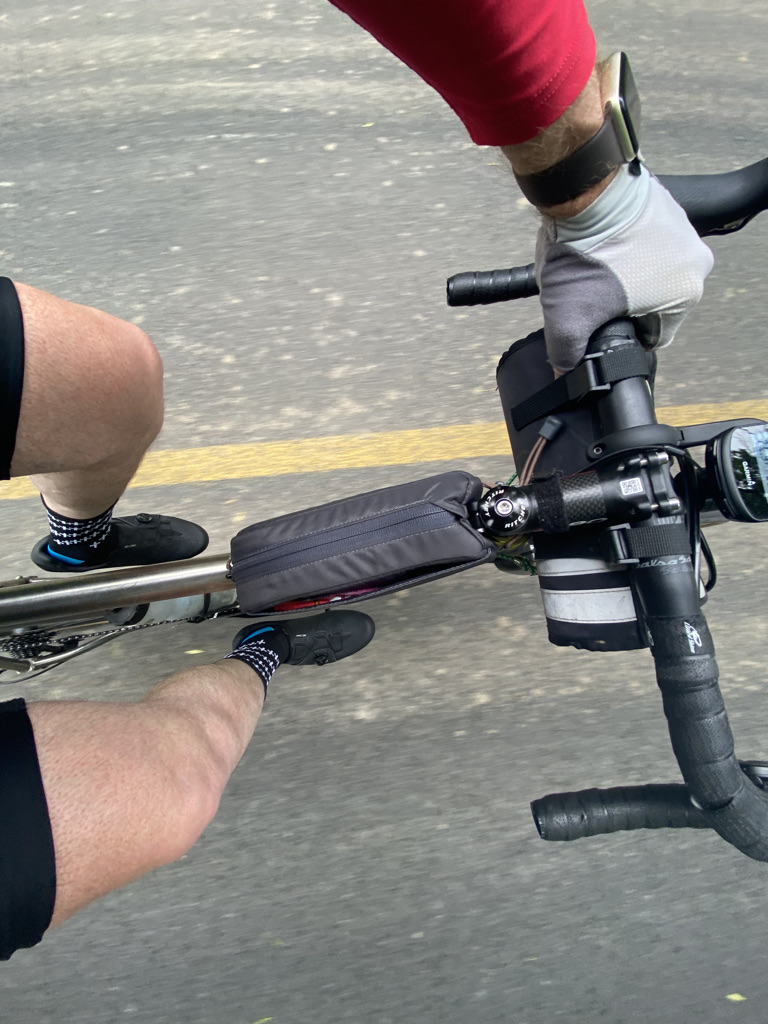 Then new shoes were feeling great! 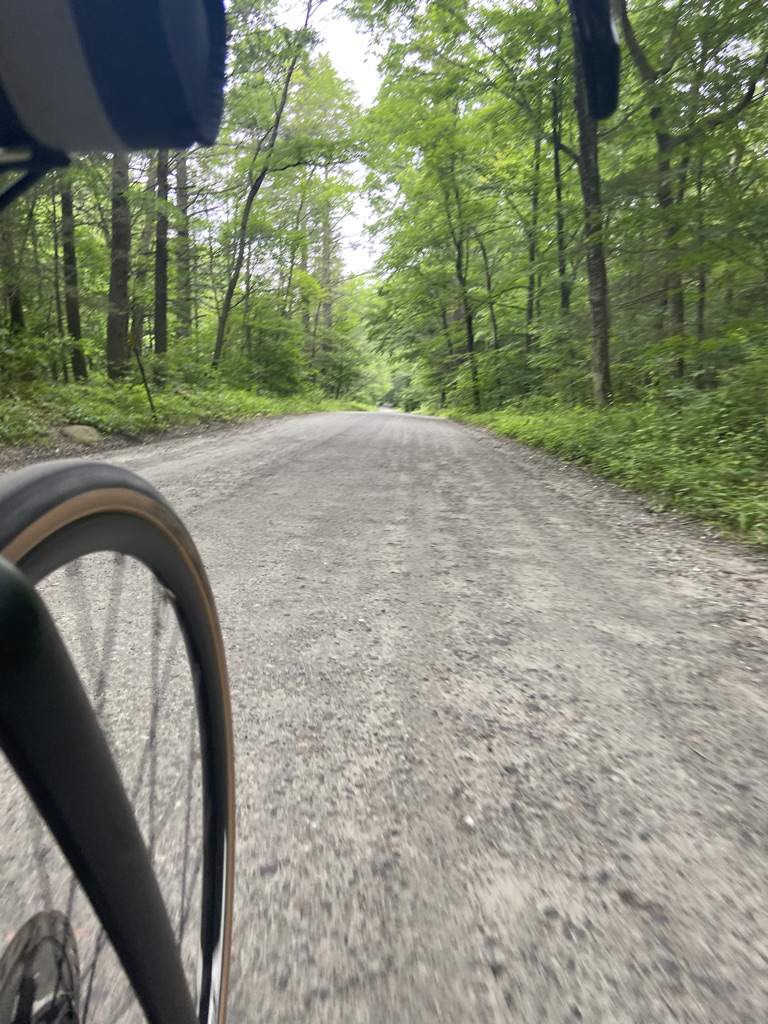 After Nettleton Hollow I continued heading north and through Rumsey Hall School. The first thing I noticed after the school was new detour signs for Whittlesey Road. Not sure what work is being done but I wonder if the town of Washington, CT is planning on replacing the bridge over the Shepaug River. I emailed the Highway Department to find out what is the extent of the work happening. 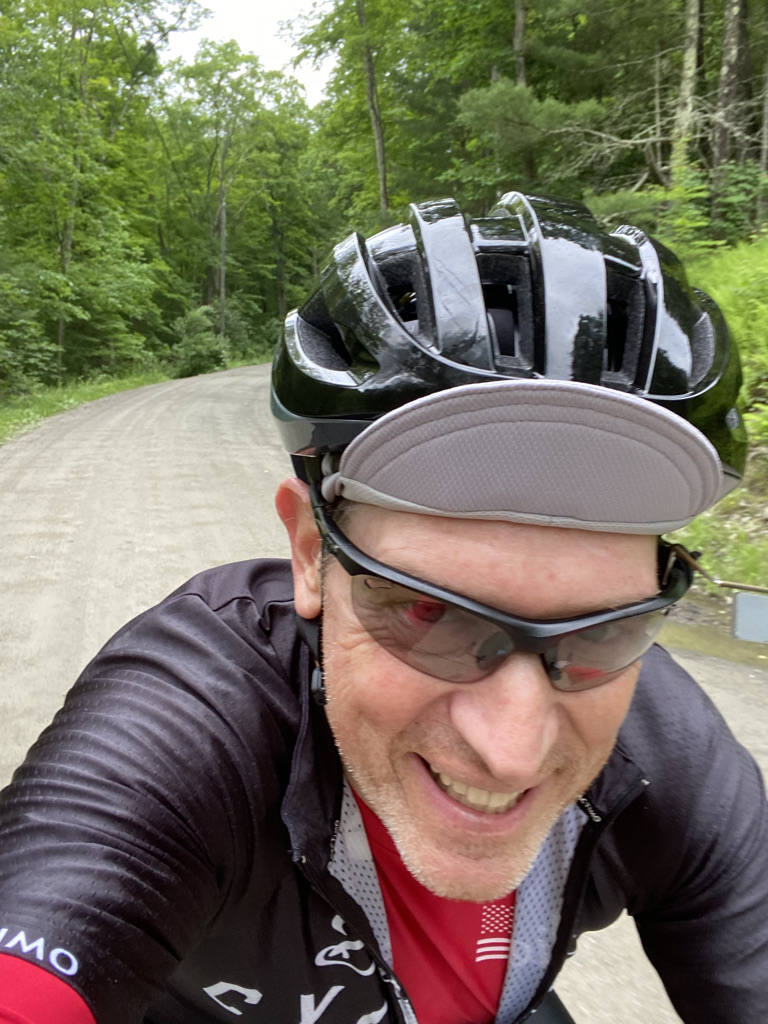 Riding up here you are invariably going to be on a dirt road, especially here, and I decided to take Romford Road this time since the last time I came through here I took Whittlesey Road.  I wanted to ride the old dirt road up to Mount Tom State Park but wasn't sure what that would be like and whether the Waltley was the right bike for that so instead I continued north up to Warren. 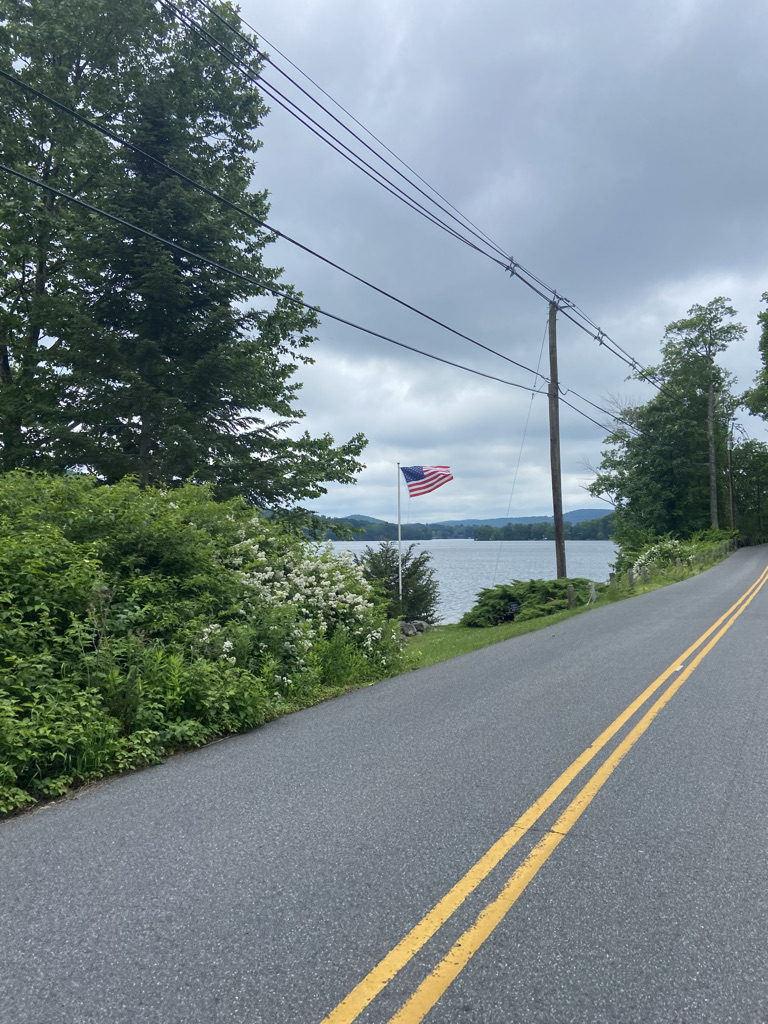 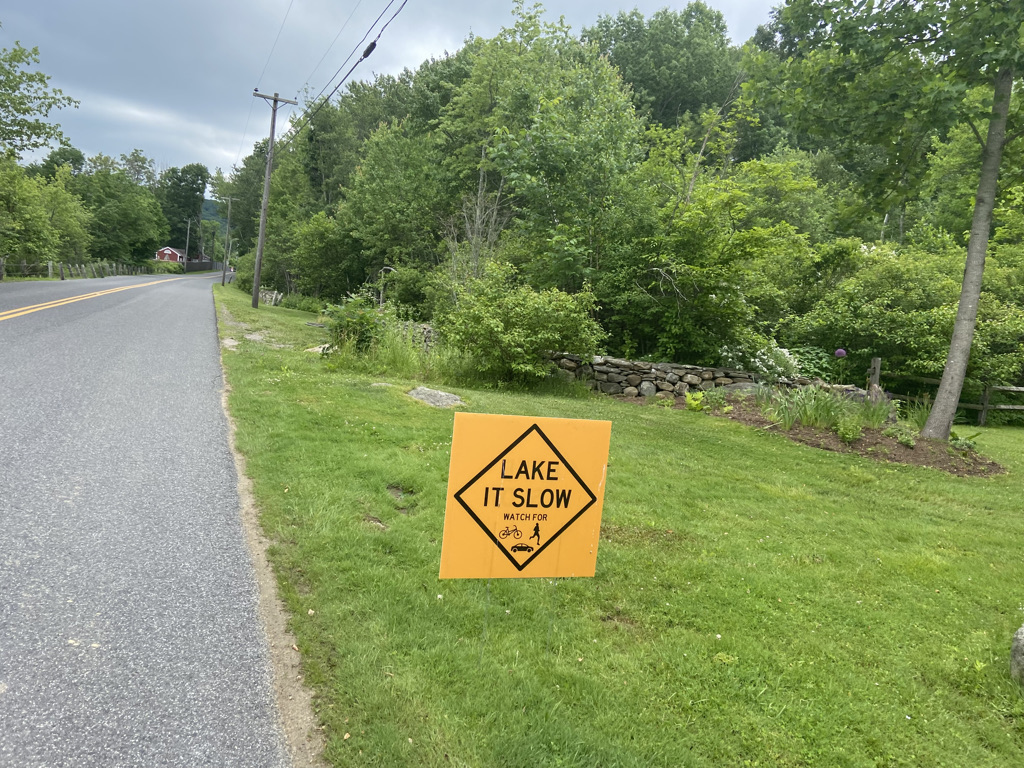 I wonder if the threat of rain caused everyone to stay home. I saw three cyclists and two eBikers. 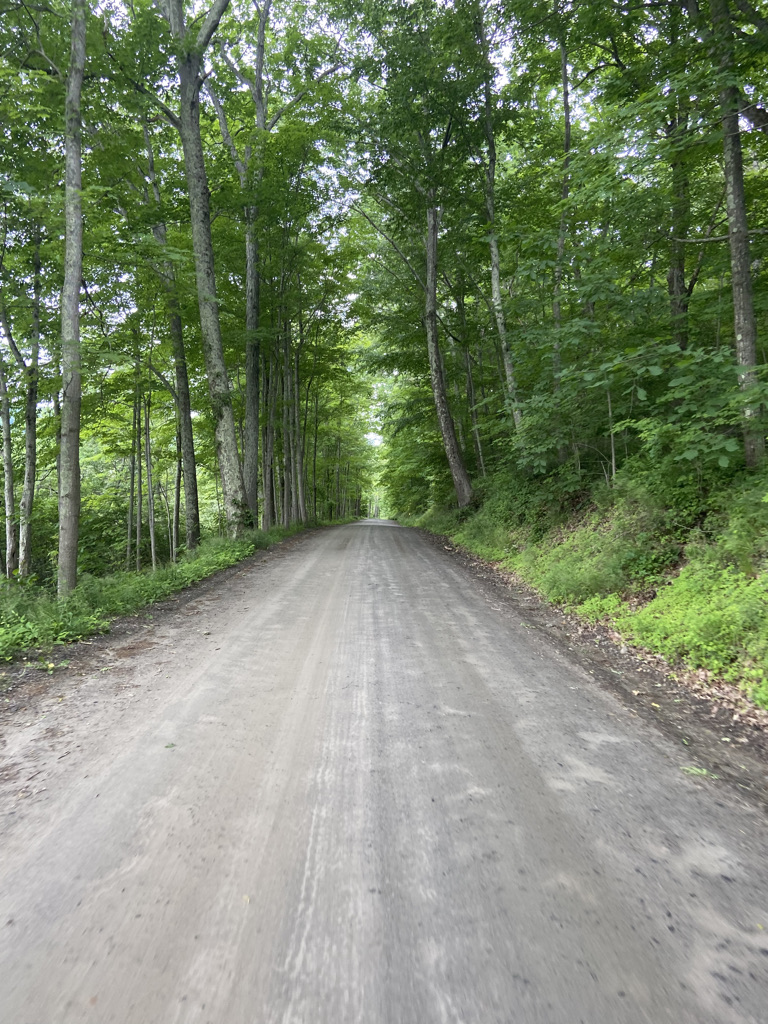 Second dirt road of the ride was on Ash Swamp 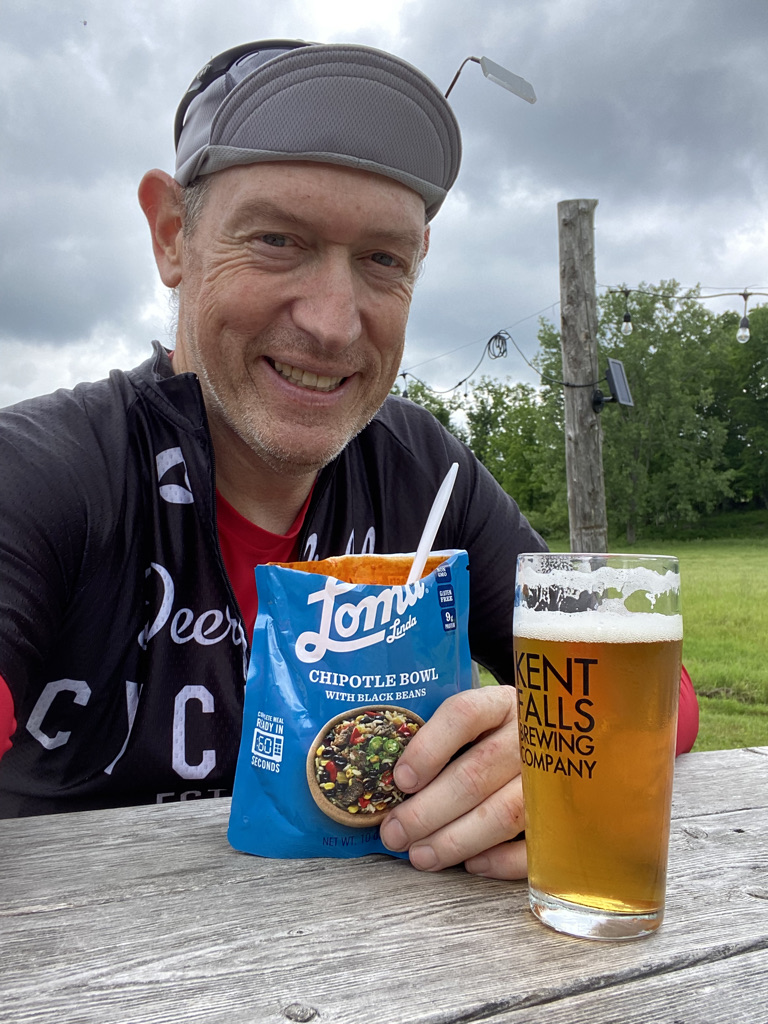 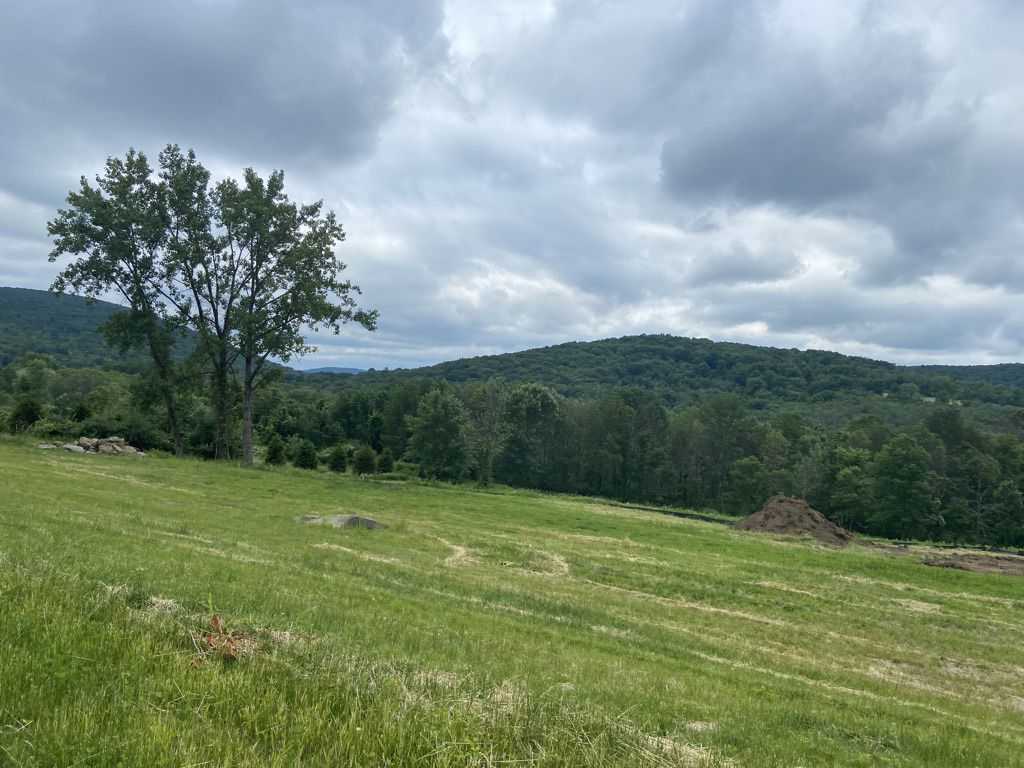 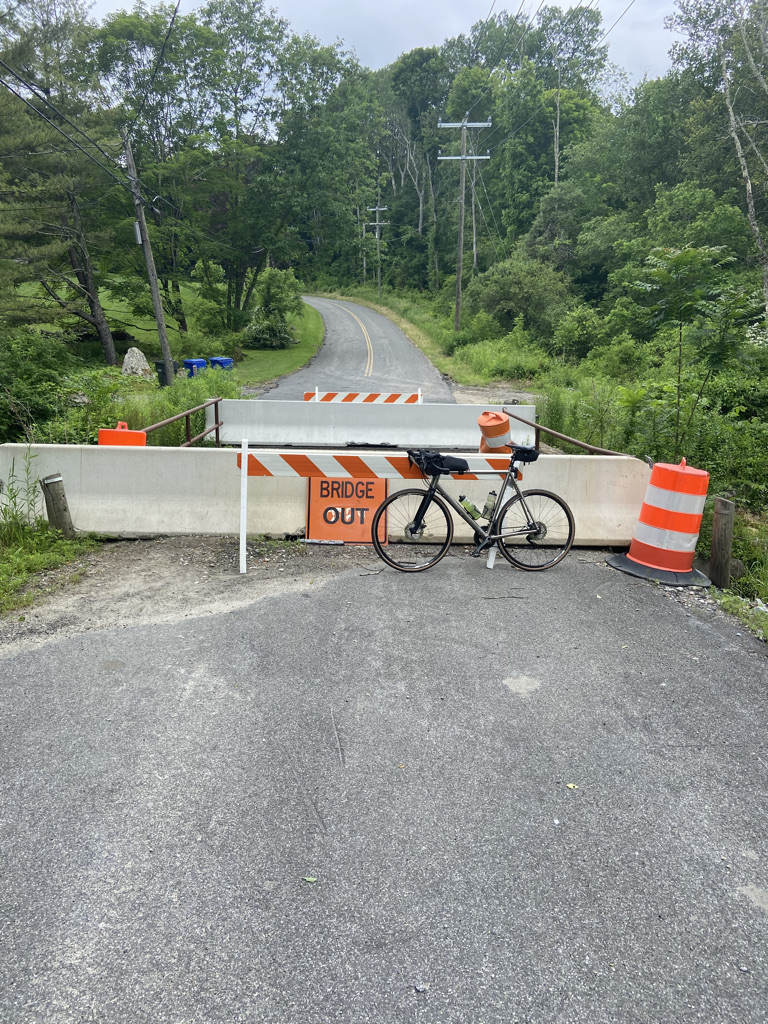 I wonder if the bridge will ever be fixed on Cherniske? 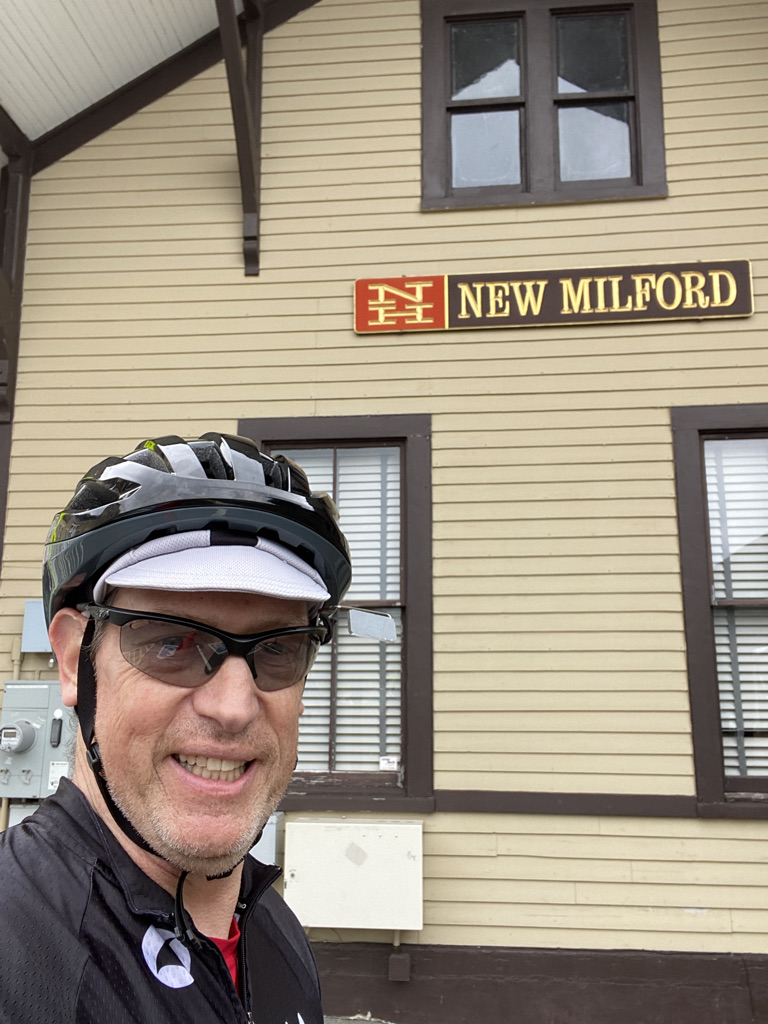 Feeling great by the time I got to New Milford 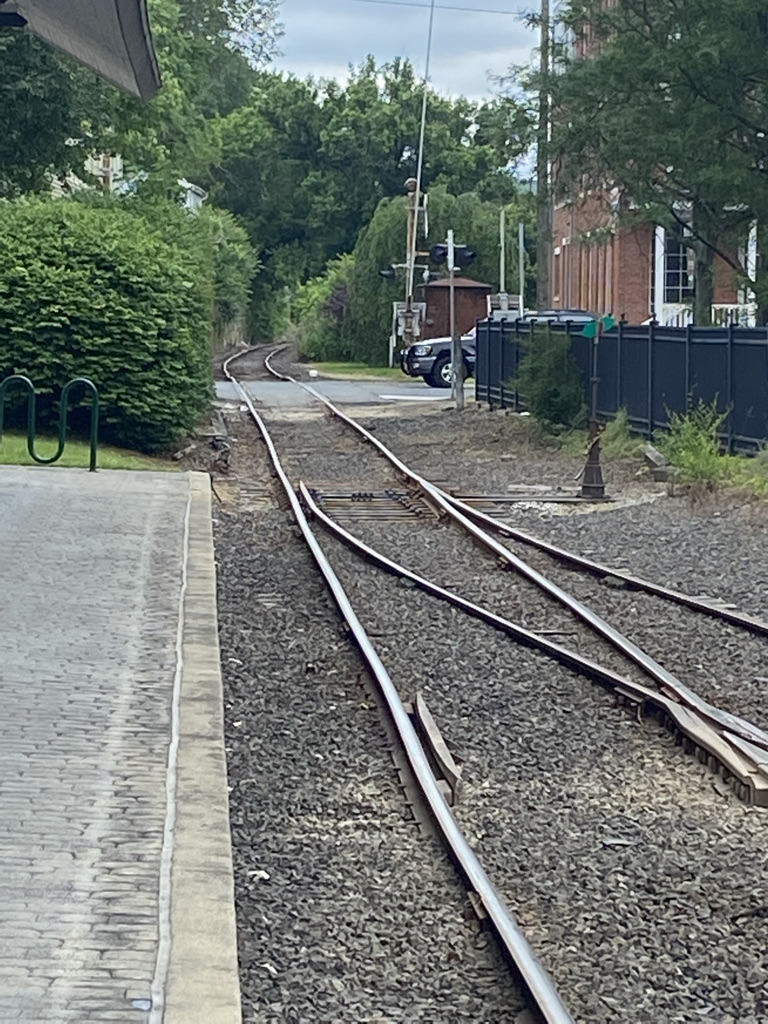 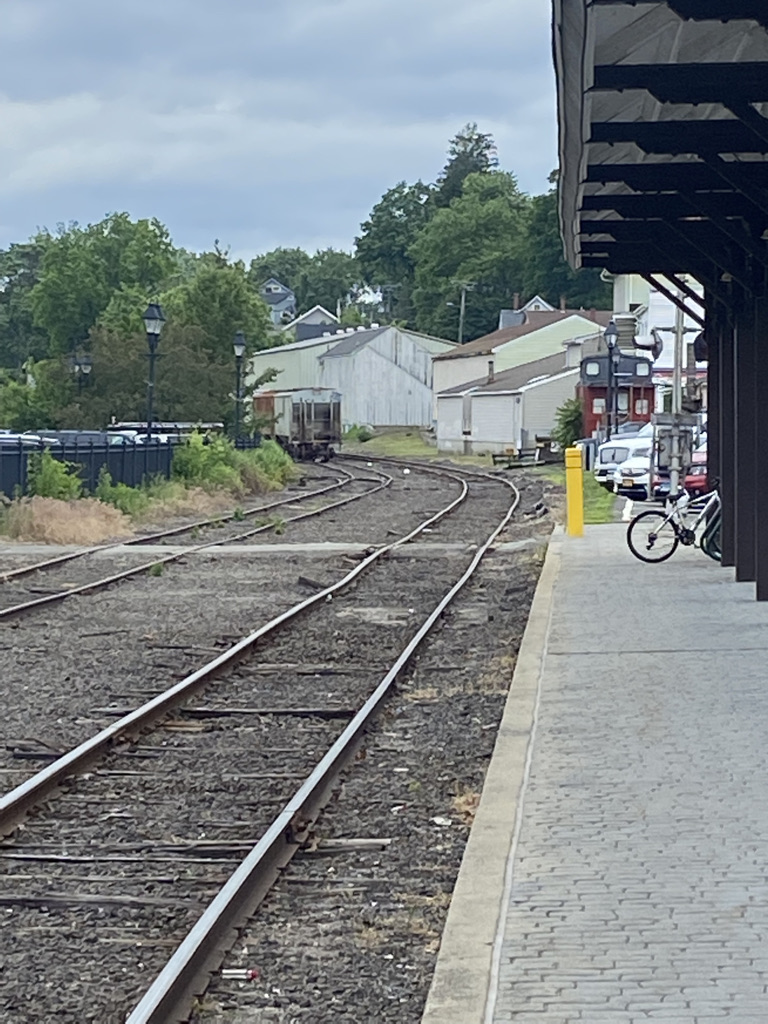 I headed down Grove Street and took the Lover's Leap Bridge. As I was climbing the hill towards Erickson Road I came upon Tom O'Brien. We chatted for a bit and then I continued on. 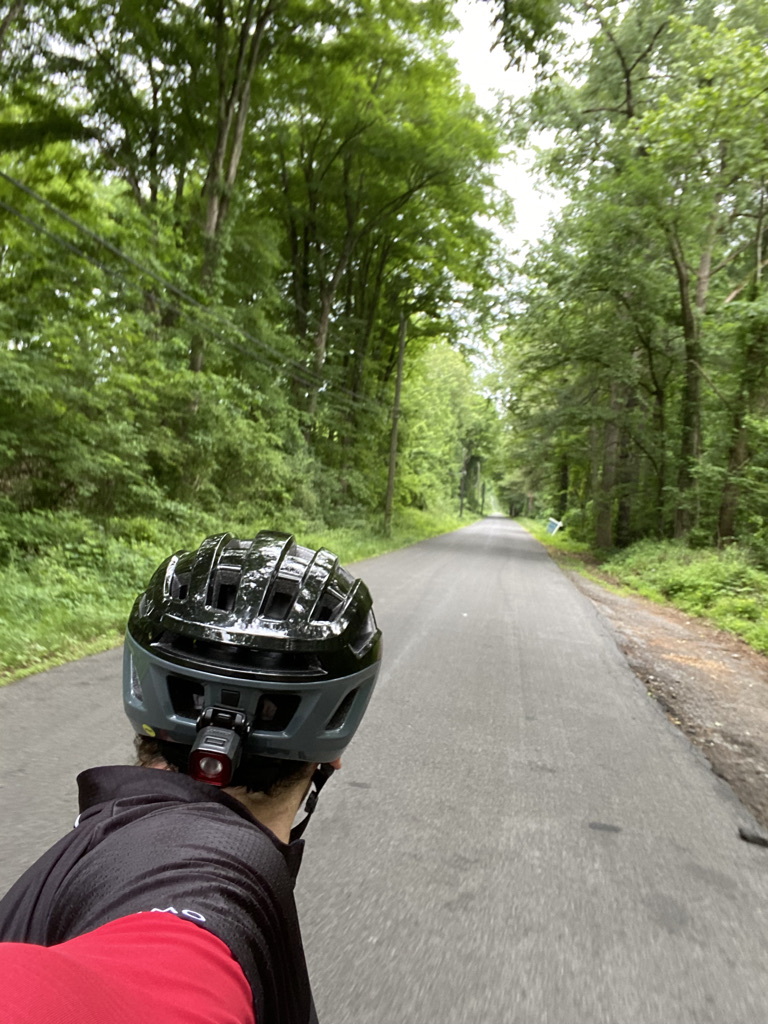 This the best way to get to New Milford to Brookfield without a lot of climbing. 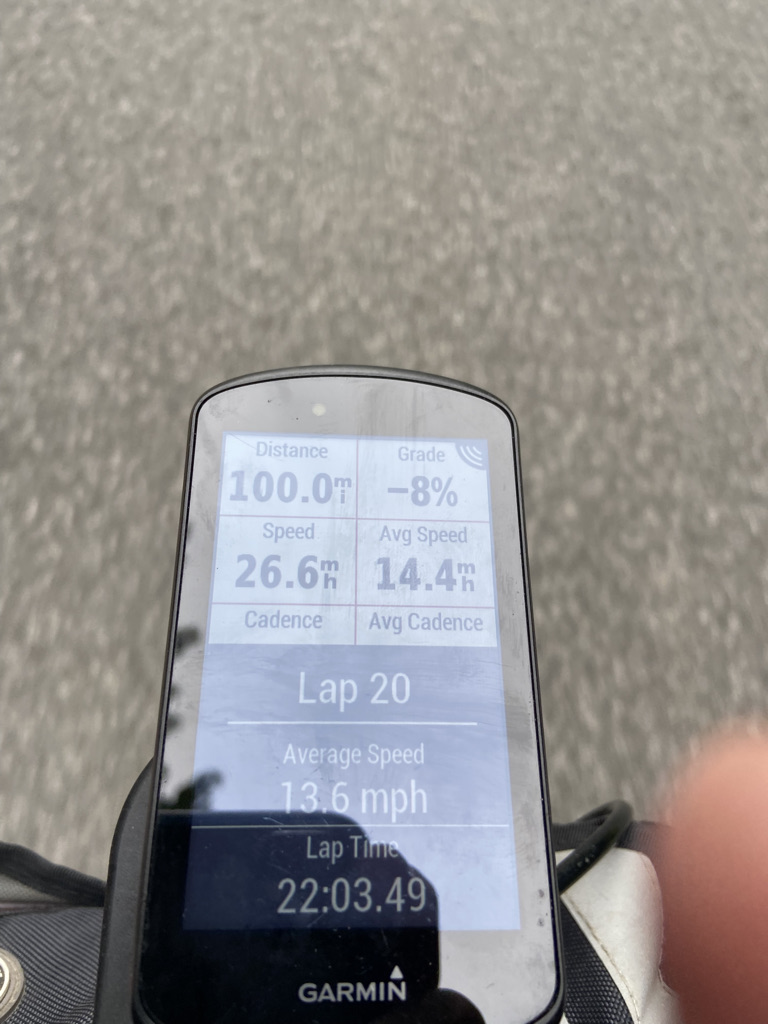 On old Hawleyville Road in Newtown I broke 100 miles 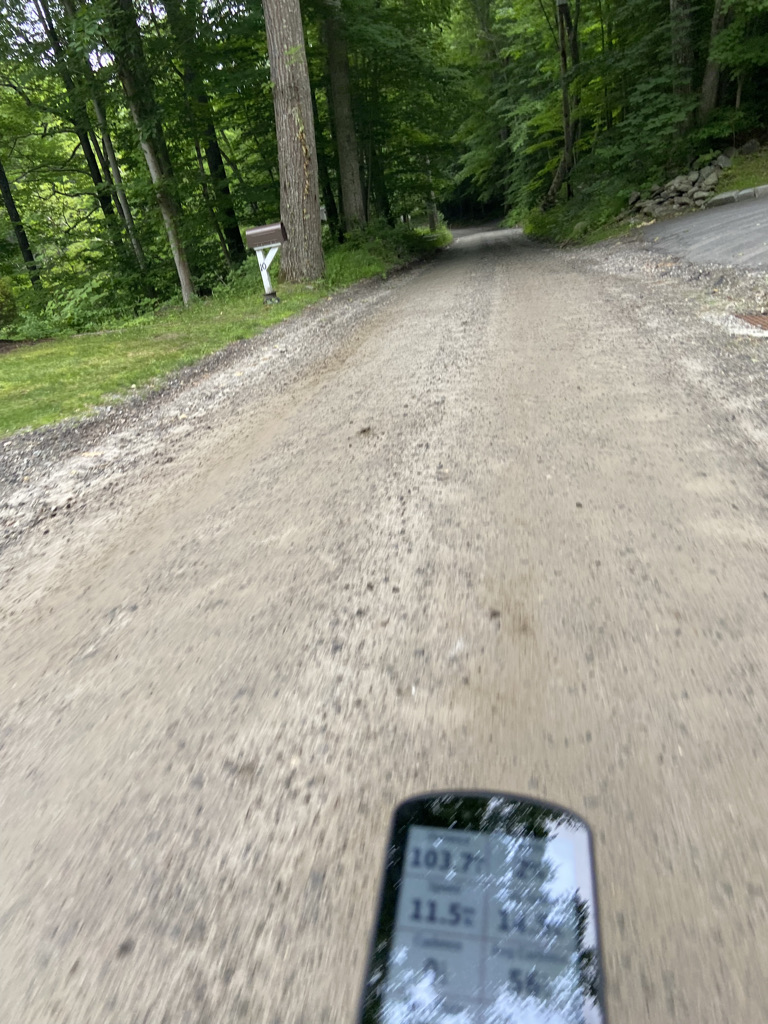