Last spring I got the itch to build up a monster cross, which is a mountain bike with dirt drop bars. It took me about 6 months to scrounge everything that I wanted for this bike. My other goal was to try and use as many parts that I have laying around as possible but before anything could happen I needed to find a frame. A friend of mine knew I was looking for a frame and he knew someone selling a beat up, distressed (intentional) steel Vassago Verhauen frame. 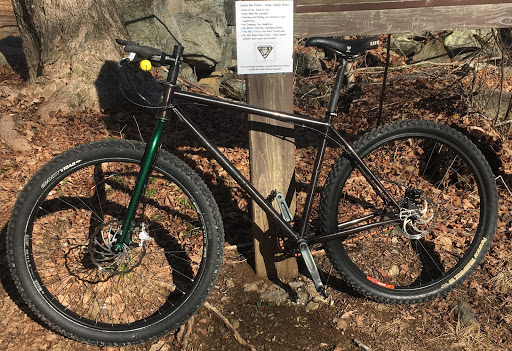 I always wanted a Jabberwocky but this would do. There are couple design elements on this frame that I found frustrating. The head tube has a 44mm diameter requiring a larger headset. I had one from an old Cannondale mountain bike #roadscore that I took for parts but it turned out to be a piece of crap. So I went out and got one from FSA. 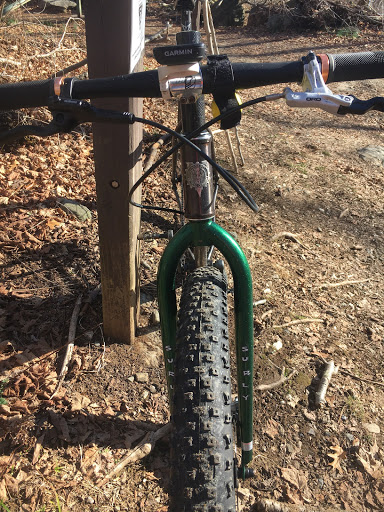 The same friend who told me about the frame for sale contacted me later and wanted to if I wanted to try a 29+ wheel that had QR adapters. Since I would be riding rigid I thought it would be fun and make the ride a little softer. 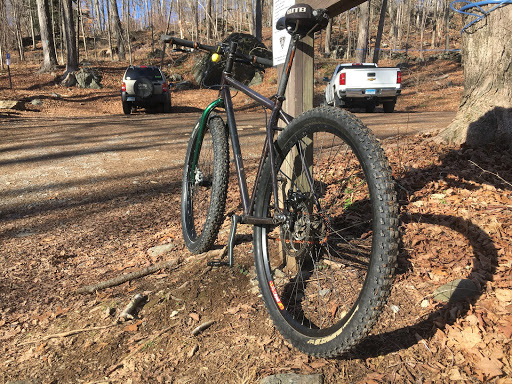 Gearing right now is 34x21. I bought a replacement 34t chainring for one of my other bikes that didn't workout so rather than send it back I kept in hopes of another application. I used it here but it makes it tough for climbing so I am going to have to get a bigger rear cog. 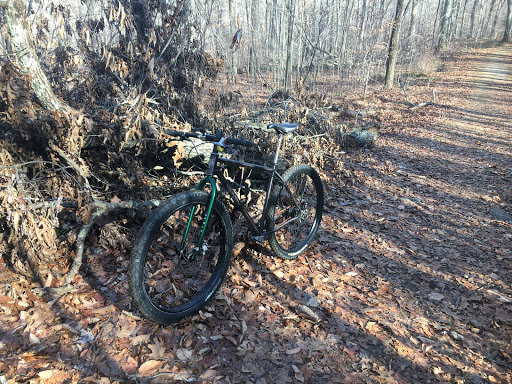 With the exception of climbing really steep stuff the bike handles really well and is really maneuverable, something that I have found to be always the case with a 3 inch tire. After the first ride, though I felt like I had been through the ringer. 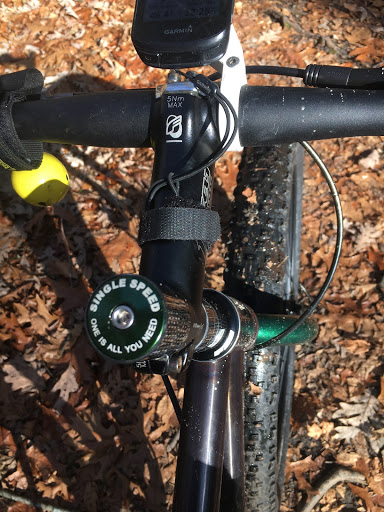