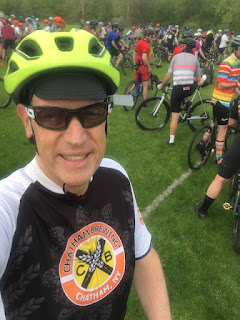 This year, the ride changed start locations. In the past it started from the Columbia County Fairgrounds and this year it was starting from Crellin Community Park on the north side of Chatham. 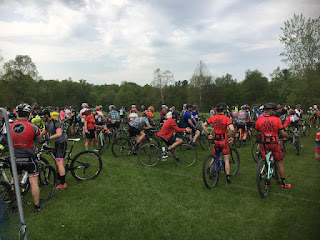 It was a mass start on a day that started out cloudy but was supposed to clear up later in the day and warm up a bit, too. 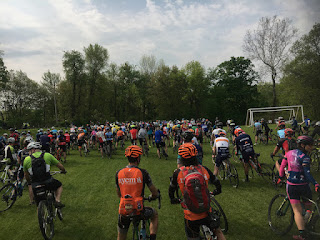 Announcements were made and then we were off 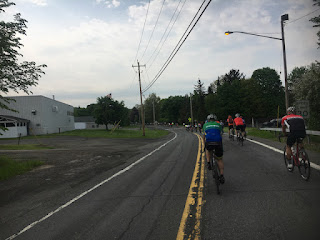 There was a short jaunt on some pavement 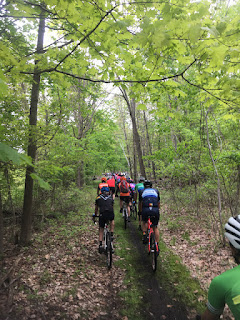 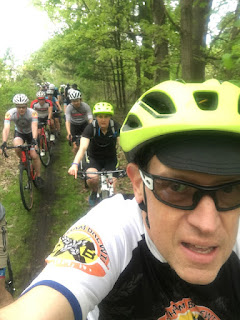 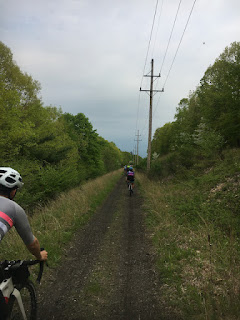 But from Chatham to Brainard the line is pretty straight 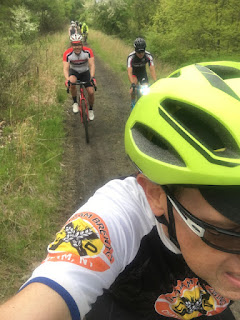 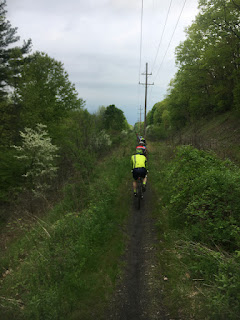 Last winter we visited Will and his family in Spencertown. One of the family activities was to Geocache on this section of the old railroad bed 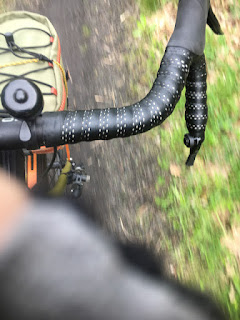 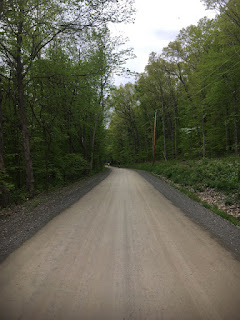 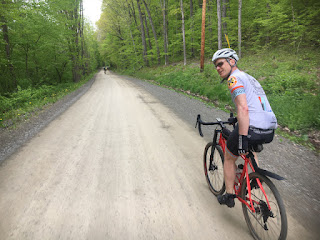 and then there was this awesome descent down Highland Road 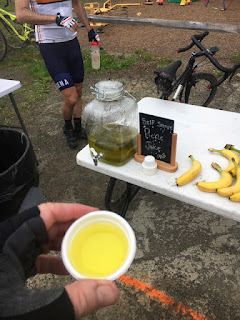 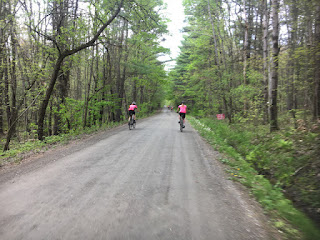 There was a lot of climbing 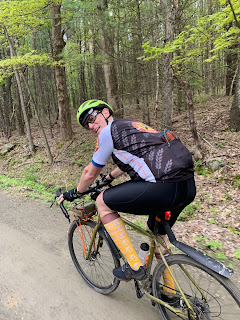 and more climbing before lunch 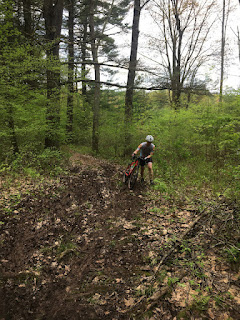 To get to lunch we had to ride singletrack, not Will's favorite 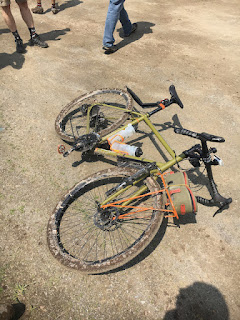 My gravel machine, REI ADV 3.1 aka the Sex Machine 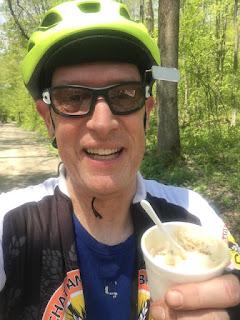 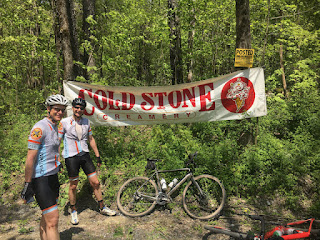 Here we caught up with Will's friend Nigel 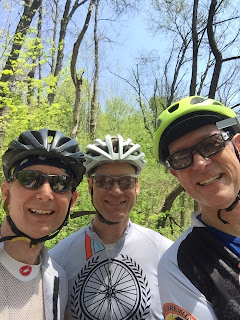 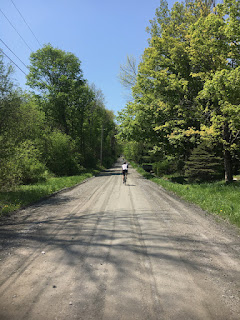 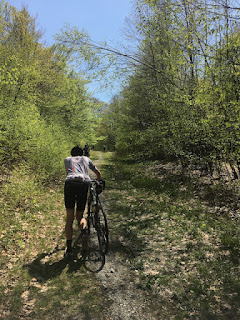 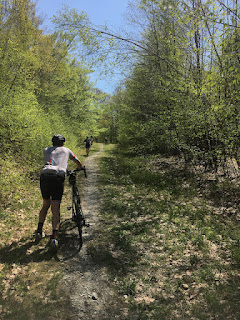 I think the heat was getting to him 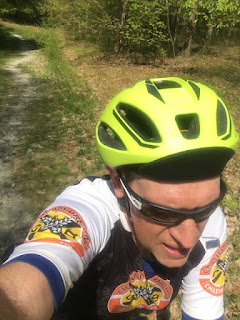 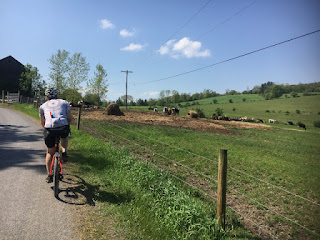 Cows were making a good show 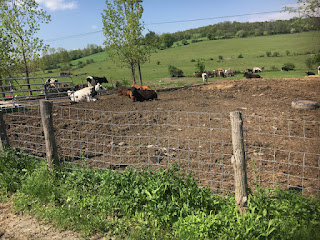 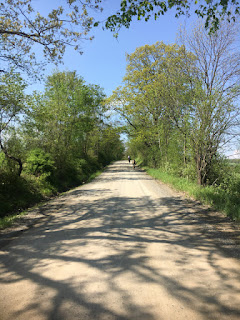 More climbing up to Ooms Pond 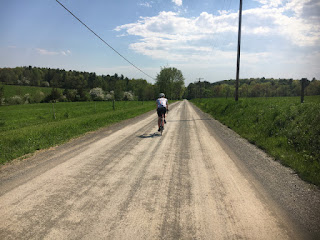 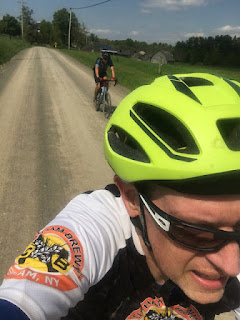 on the other side of Highland Road 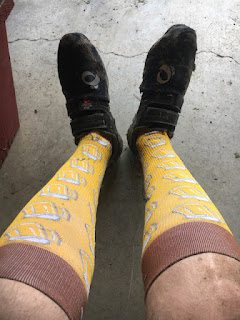 I was toast, cramping and hurting at the end of the ride
at 9:00 PM