Our Thanksgiving Day feast was planned for early afternoon so Will and I decided to ride the bikeways out to London, Ohio. Little did we know that the bikeway we would be riding was actually a famous one for Ohio that linked Cincinnati with Cleveland and it ran through the heart of Columbus. Heading out from the hotel we had to ride downtown on part of the Alum Creek Trail, and then through the center of the city to pick up the Scioto Trail, after a short bit of road riding we crossed over some railroad tracks and then picked up the Camp Chase Trail. 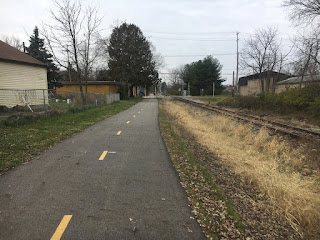 It wasn't until we got on the trail did I realize this was actually a rail with trail! It would be great do something like this in my town since we have a freight line through town that has minimal train traffic and connects to an existing rail trail. 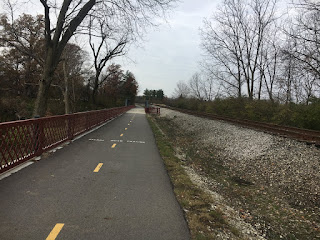 There is a rail with trail in nearby Brewster, NY, that I haven't had the opportunity to try yet, however, I have seen it a few times and seeing it gives me hope that maybe something can be done through the neighboring towns, too. 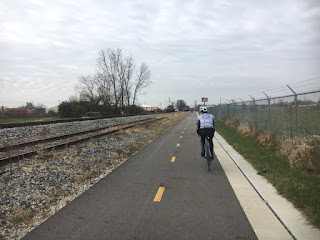 There is pretty good separation between the trail and the tracks but the one surprising part of the trail was how many times the trail crossed back and forth over the tracks. 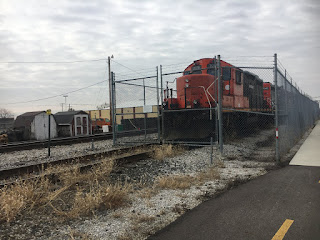 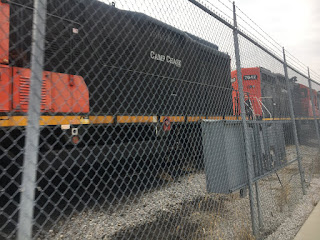 Once we got out of the city limits the trail was just long and straight. Fortunately for us, the cold weather was keeping many of the folks that would have been on the trail at this time of day inside. 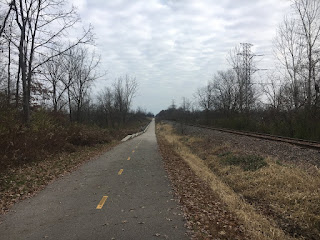 Every couple of miles the trail switched sides, that is until we got further out and then is seemed to stay consistently on the north side of the tracks. 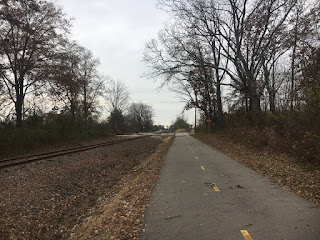 There is a big break in the trail that took us out on the road and down through a river valley but then we were back on the trail again. 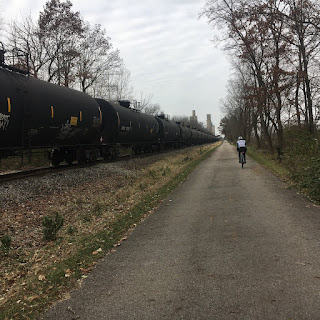 In a little hamlet just past Georgesville called Lilly Chapel we came across the long line of tanker cars. It turns out there is a huge soybean harvesting operation there and they use the tanker cars to transport the soybeans to producers. 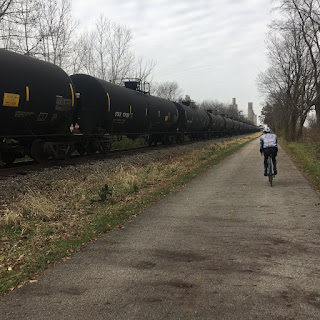 The tanker cars went of for ever 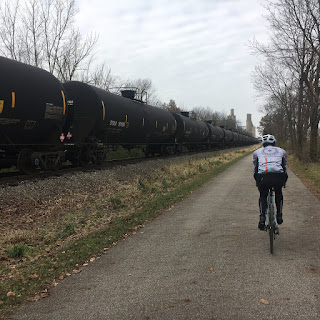 Well, at least for a mile or two 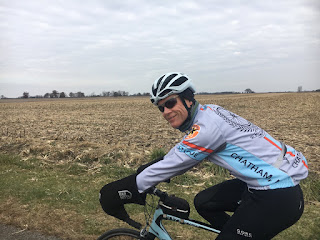 Will was riding with his bar mitts, something I have yet to try. I am like my lobster gloves. 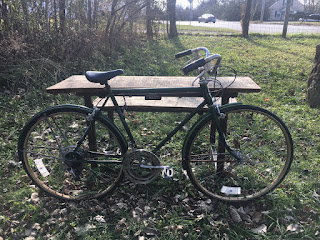 At the end of the trail in London there was this plaque commemorating some trail users that I thought was pretty unique. 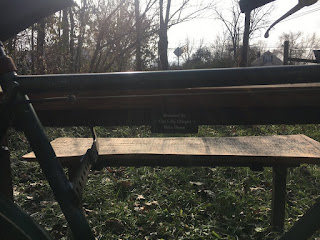 The downtown area of London was dead as a doornail 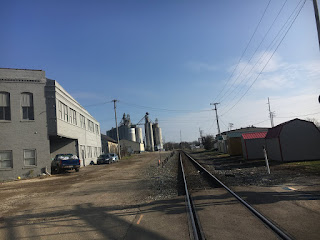 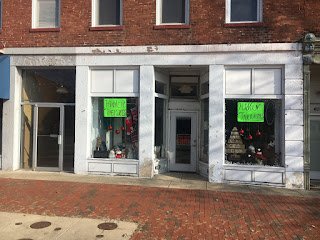 But nothing was open 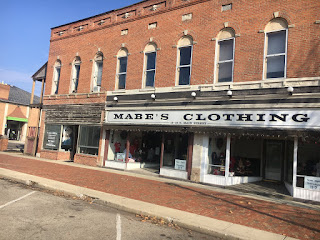 We stopped at the London Food Market, which was open, and the Indian couple running the place probably thought we were crazy. 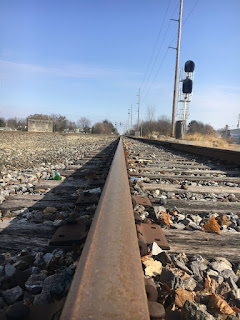 We had made pretty good time down to London but it wasn't until we started riding back that we discovered there was a head wind that slowed us down somewhat. The wind made it a lot colder, too. 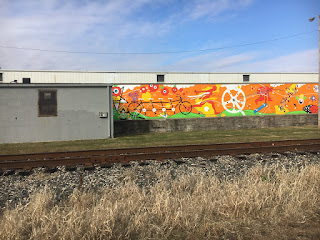 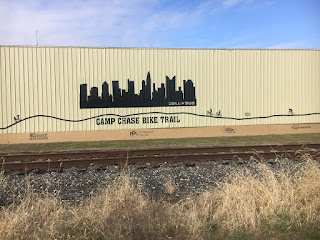 This mural depicts the trail 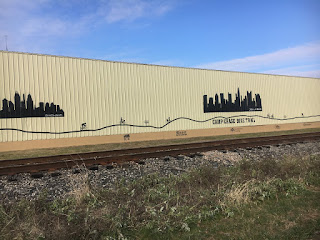 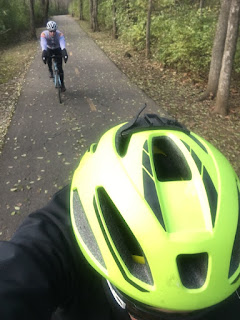