A Great Day for a Bike Commute 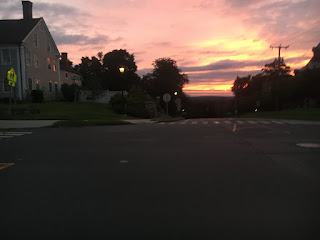 I was planning on going fishing after work but my friend from work with the boat hurt himself so I opted to finish the month with my 5th Bike commute for August.  Now that school is in session this is probably the last week I can get two rides to work in the same week.  Granted, I haven't been very good this year with keeping a regular bike commuting schedule. In fact, this ride will make my 14th ride to work this year for a total of 800+ miles.  I will need 4 more commutes to break a 1000 miles.  I think I might get them all in September. 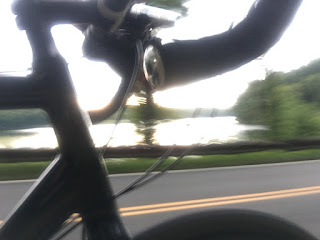 When I rode in on Wednesday, I took old Poverty Hollow.  Haven't been that way all year for some reason but it was not best idea.  Near the bridge it was over grown and there was just a sliver of the trail visible. Being that close to the weeds got me nervous about ticks.  I just sucked it up and blasted through. 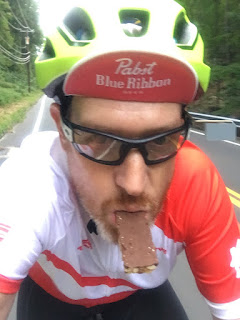 I have been finding that by the time I get to the office I am starving so now I am bringing a Nature's Valley protein bar and eating it once I get past the reservoir. I am getting sick of them, though, and I can't wait till they are gone.  I much prefer the Salty, Sweet bars.  For once, I left earlier enough that when I got to the office I was almost the first one there. Someone asked me if I knew it was going to rain today and I said that I checked the forecast and it said no rain.  Turns out the forecast changed a bit in the afternoon. 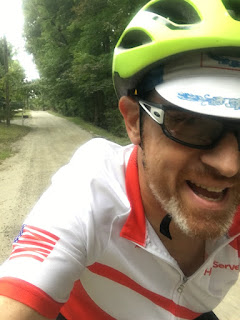 This was our last Friday for Summer Hours so I decided to take the really long way home and hit a few dirt roads along the way.  First there was the dirt section of Newtown Turnpike. 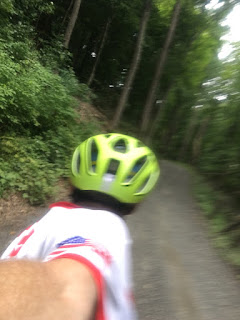 Then the climb up Old Sherman Turnpike in Redding 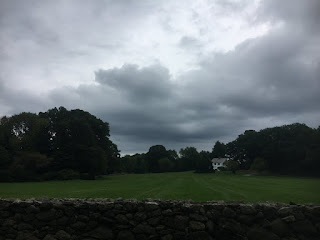 Up until I got to Bethel the weather was perfect but the weather started to turn the corner and not for the better.  It was too late to bail because I contacted Rich about meeting me at The Broken Symmetry Brewery so he could hand off some promotional materials for the Autumn Roubaix Cyclefest we are putting together later this month. On the descent on Chestnut Hill I started to feel a few sprinkles and I got to the brewery just in the nick time. 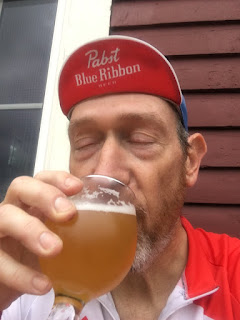 I was able to sit outside for a few minutes and enjoy a 10 oz glass of the Nova, a Belgian Blond/Wheat Styled Ale. It had a lower alcohol content which was perfect because I still had another 15 miles to ride. The rain started in earnest and I went inside. Rich showed up and I had another Nova and we talked about the routes for the Cyclefest and other logistical matters. 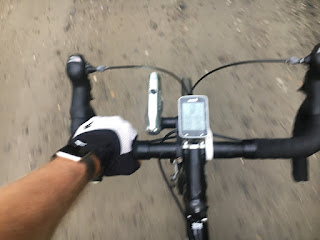 When the rain stopped Rich left and I hopped on the bike and started for home. The roads were really wet and it looked like I was going to find out just how highly water resistant my Nashbar Garment Pannier Bag really is.  Riding up Pond Brook road I encountered some new Black Butter and remarked that the paved portion is finally nice and smooth. Of course it took the town long enough to complete the job.  The dirt portion was a little sketchy because it was washed out in a few places.  I got home just as it was starting to get dark.  Great ride! 32 miles and a beer stop, what an awesome way to start a 3 day weekend.
at 7:27 PM