Gavin and I signed up for the MS Ride again this year which was held on Sunday, June 11. 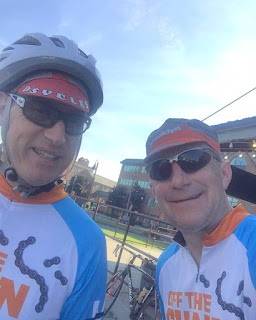 This year it was starting in Stamford where it has been in the past. 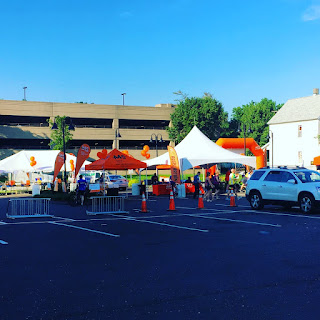 We were a little dismayed because the course was only 75 miles. 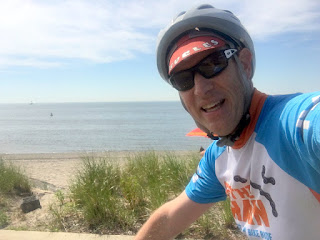 Riding along coastal Connecticut is fun but not very challenging 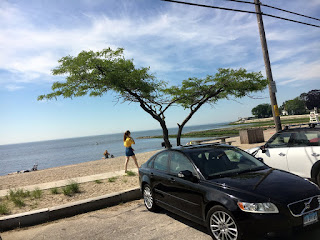 We started out riding with a fast group 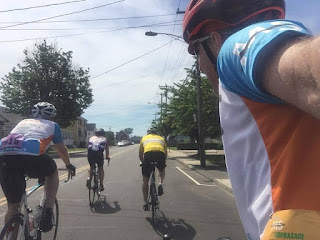 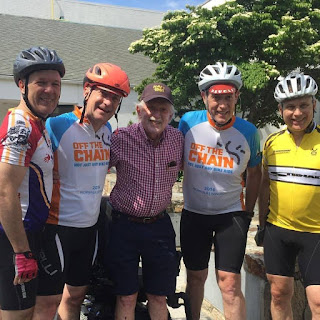 The reason we do this ride is because Gavin's father has MS and he likes to come out and wish us good luck.  The meeting also becomes our own private food stop.  This year it was at the Gaelic Club in Fairfield.  Unfortunately, the bar was closed, but I could have gone for one of their signature Black & Tans at that point. It was a really hot day! 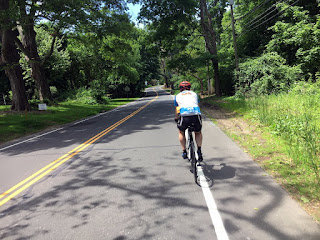 The ride back was simply meh through the northern sections Fairfield, Westport, Norwalk, Darien and eventually back to Stamford. 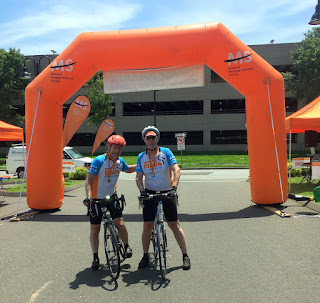 Still, it's a worthwhile cause and it's one of the few charity rides that fully supports the MS cause and wants to find a cure, unlike all these other charity runs and rides that give very little to cause they are supposed to be supporting. 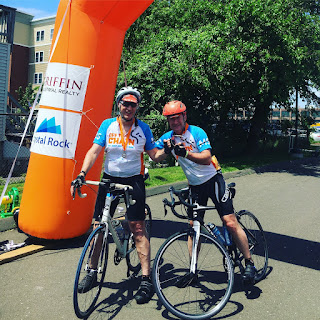 End of ride festivities was at Dinosaur BBQ.  The beer was good, just not enough.