A staple in my weekly rides with the Newtown Lunartics has been riding to the Ovens of France bakery in Woodbury usually before work starting at 5:30 am from Cover Two in Sandy Hook.  With the onset of winter, the colder morning temperatures has forced many us to riding trainers in the morning instead of the roads. This has pushed us to start waiting for Saturdays and leaving later in the morning when it has warmed up a little bit. 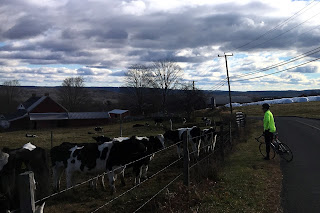 With temperatures in the upper 30s, Mike and I climbed up to the top of Spruce Brook Mountain and visited with the cows.  They aren't at all shy.  I see these cows in pictures from other cyclists on the interwebs.  They are famous! 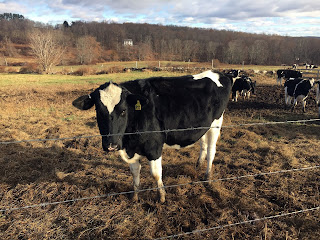 I call this cow Porche because his/her tag is 911 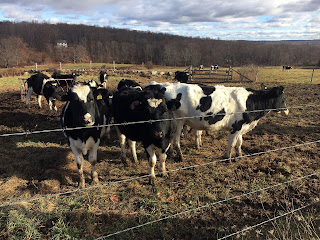 These little Dogies were all bunched up checking us out 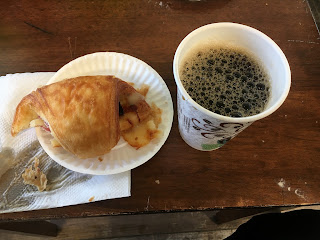 We got to Ovens of France, what we now call OOF, in record time and or course I had the Ham and Cheese Croissant which is simply delicious.  Since I hadn't had breakfast yet it was even more tasty. The French Roast was equally savory. As always, I purchased two almond croissants for my wife and daughter and tucked it into my jersey pouch. 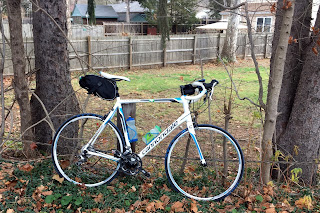 Riding back to Newtown we took the I-84 Rochambeau Bridge bike path to by pass riding back through Sandy Hook Center.  At the bottom of the path, at root has grown underneath the asphalt and pushed it up forming a little jump.  I bunny hopped over this but Mike wasn't so lucky. 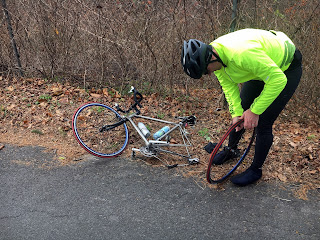 After Mike replaced his tube we rode through a few neighborhoods to get over to Toddy Hill Road and then made our way into Monroe.  The flat tire set us back a bit and we had to call an audible to make up some time so we rode down Jockey Hollow to Pepper Street.  Rather than ride down Rt 25 we were initially going to take the Rail Trail to Purdy Hill but then I remembered Old Newtown Road. 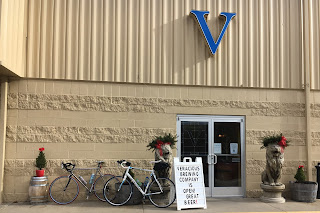 The brew master was really cool and let us bring our bikes inside.  Mike and I both ordered flytes. He went with the best IPAs and got the Freddy Stout, Dopplebock, Aint No Sunshine Dark IPA and the Problem Child IPA.  They were all great but I decided to fill my half growler with the Dopplebock. 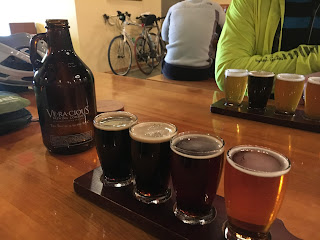 The ride back was colder due to the head wind from the north but the beer made me impervious to the cold. 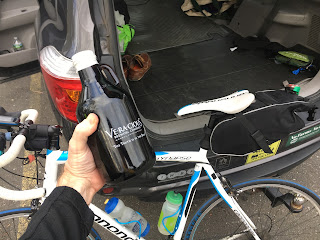