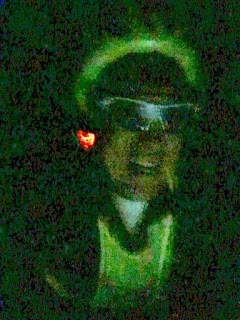 As winter approaches and the days get shorter it's hard to find a good time to ride but having ridden Roxbury dirt roads countless times over the years and knowing that during the week it would be really quiet I finally took the opportunity to meet up with Jeff on one of his Dirty 30 night rides. 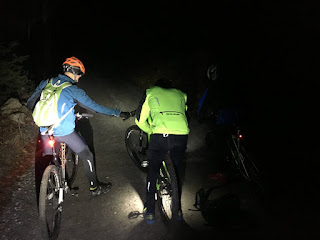 This was the first time where I was the only one on the ride on a cross bike and everyone else had mountain bikes.  I was a bit slower on my descents on the trails not having the squish and equally cautious on the other descents in the dark but none-the-less it was a blast.

The route we took was a lot different than what I am used to as I tend to stick to my favorites, like riding up Judds Bridge, descending Mine Hill and Hartwell.  On this ride, however, it seemed that it was all in reverse. 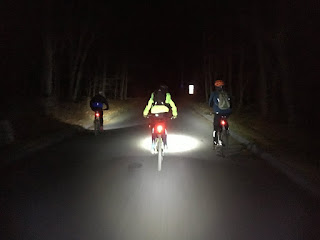 The temperature started out in the upper 30s but I knew it would continue to fall but kit choice had me sweating at the top of the first climb on Mine Hill.  After the second climb on Old Turnpike, I opened everything up and then descending down the other side I cooled off and it felt great.  In fact, the whole ride I never got cold and I was glad that I didn't wear the Lake303s. 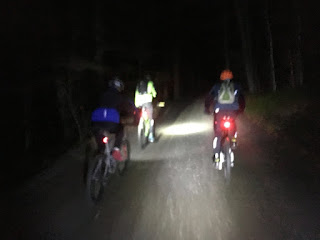 The crazy thing about climbing at night is that it seems to go by a lot quicker.  When I got to the top of Mine Hill I felt like I missed something.  I think it's because you really can't see what's coming next so you are living in the moment of the climb in front of you.  However, climbing Old Turnpike, a few cars passed by and you could see cars in the intersection which made that climb painful. However, Shinar Mountain, was the same and this time I didn't stall out by the cows!  At West Church Hill I really wanted to just bomb down to Steep Rock and head back but I stuck with it. 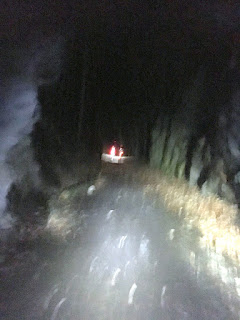 Eventually, we got to Steep Rock and it was beautiful.  No people, horses, or cars, just the sound of bikes on dirt and the bubbling of Shepaug River on our right.  Riding through the old railroad tunnel with lights on was the first time I have actually seen the inside of the tunnel. 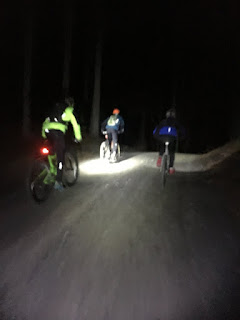 The last stretch of road was Judd's Bridge.  On the second to last climb, one of the riders, Ben, had a bit of chain suck that we had to stop and fix and then we came to the end of the dirt and the ride.  It was beautiful and something that I will definitely do again. 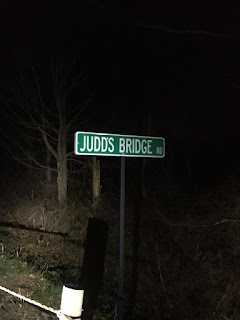