Originally, I was thinking about doing a ride up Mt Riga Road for a first day of spring Gravel Grinder but from all the posts that I had seen on the Socials it looked like all the dirt roads further north of me were going to be a sloppy mess. So, I figured something down my way, hit a few dirt roads, make a brewery stop would be the best way to celebrate the coming of spring. 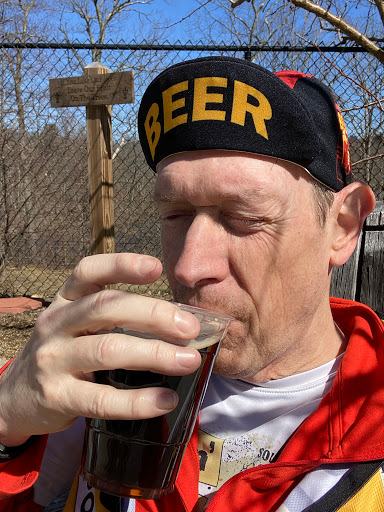 The idea for today's ride was to enjoy the bout of warm weather we are having, ride a few local dirt roads and drink some beers half way through. The ride ended of being a little longer than what I had imagined but it was still a blast. 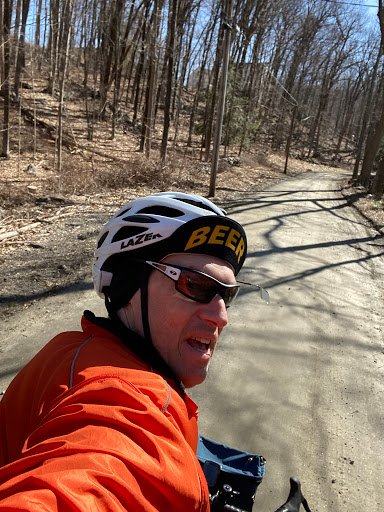 The first dirt road I hit is Tamarack Road (#firstdirt). I got a text from Scott saying he had to drop his wife's phone off to her and would be a few minutes late and since I started a few minutes early I figured I could ride a few dirt roads before meeting him at Cover 2. 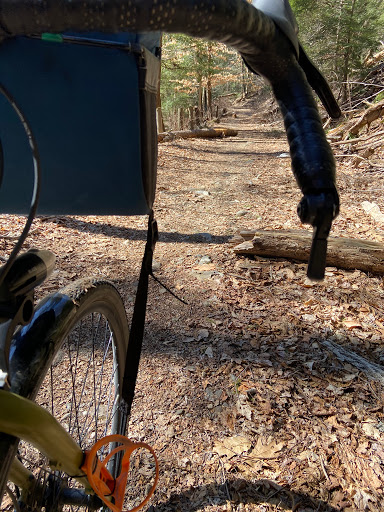 I did my usual route to Sandy Hook only I bypassed the Winery in the interest of time and headed straight for Lester Road.  You have climb a 12% grade on Walnut Tree Hill to get to it but then it's a fun bomb downhill on dirt. After a short paved section on Black Bridge the road turns to gravel and doesn't go through for cars but great for bikes. 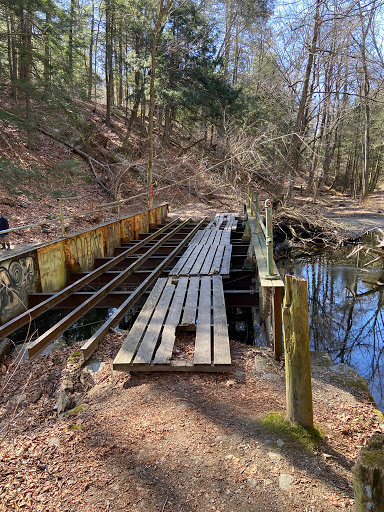 Black Bridge, however, has been a sketchy crossing for the past couple of years ever since someone put pallets down over the deck supports but now they are starting to decay. I am not sure how long its going to last but today's crossing was a little scary. 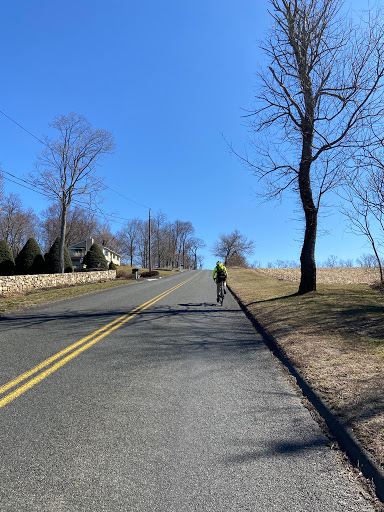 Scott met me at Cover 2 and we proceeded to ride up to the top of East Flat Hill and that is one hell of a climb.  The first section tops out at 19% and the kicker right before the top is 12% but it's worth it because you get to ride down a nice dirt road called Peach Orchard. 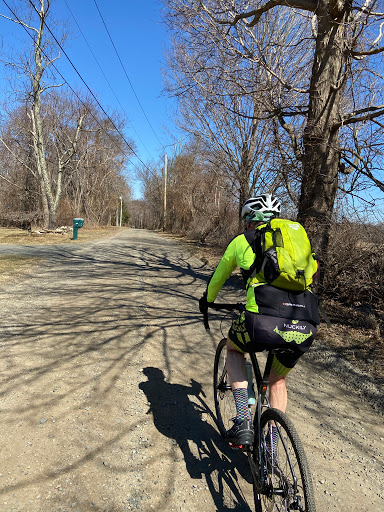 From Peach Orchard there is a 13% paved climb up Spruce Brook and then we headed over to the lovely dirt section of Cassidy Road. At the intersection with Mallory Road, we turned east onto the East Flag Swamp and began a dirty descent to Rt 172. 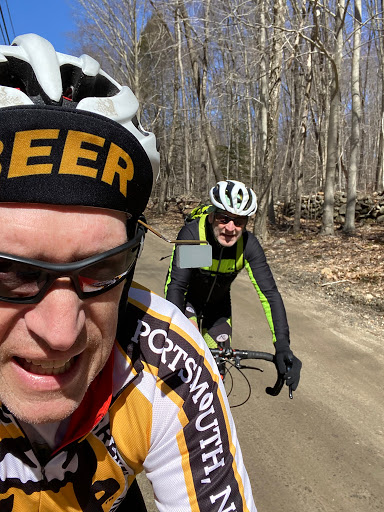 East Flag Swamp is only partly unpaved and it descends to a stop sign, which I am never a fan of but we had to go this way so we could see the Easter Bunny! 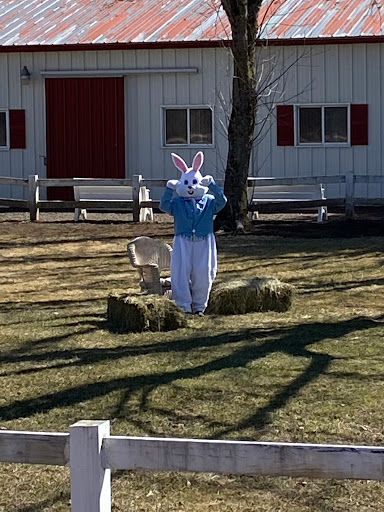 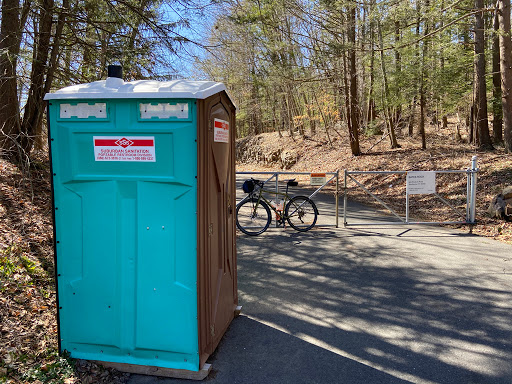 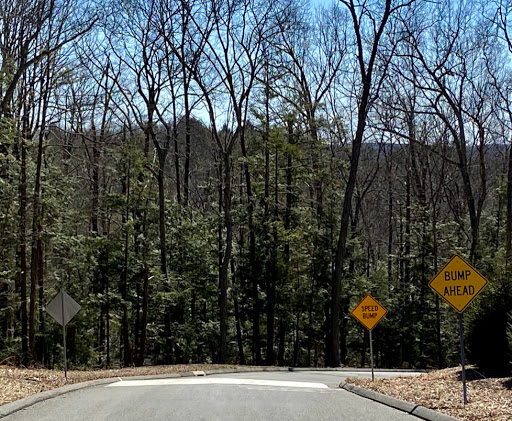 Scott's friend was in the middle of something and couldn't come out to play so we headed down the road. Right before it turns to dirt there are a bunch of speed humps but they are so smooth you fly over them. 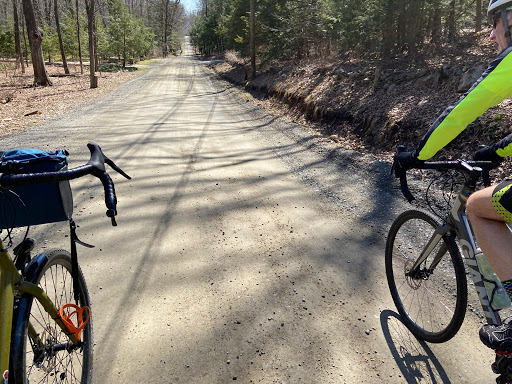 The dirt road section of Bates Rock is beautiful! A slight descent and extra wide. From here, we rode through Southbury and up Kettletown Road to the start of the Larkin Bridle Trail. 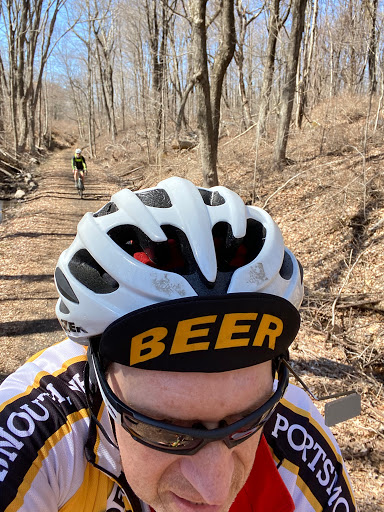 From Kettletown to Rt 188, the old railroad bed is fraught with issues. The section leading up to Jeremy Swamp is really soft and there are a few muddy sections. This part doesn't get as much traffic as what you find after Strongtown Road but it's a means to an end.  The trail/stream part between Curt Smith and Southford Road was a lot worse for wear from the last time I rode through here, too. We did try a new way to OEC by leaving the trail at the power lines and riding up the connector to North Larkey Road. 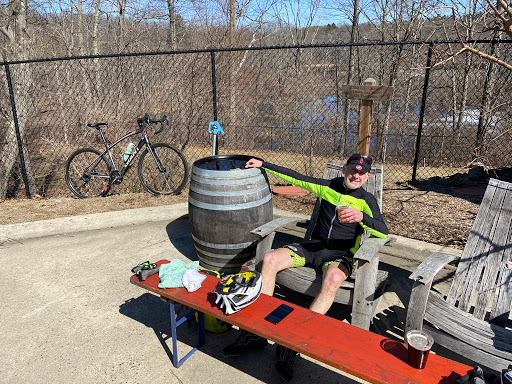 What a beautiful day to visit a brewery! Scott and I grabbed two chairs in sun. He tried one of OEC's famous sour beers and I had the Cool Ship Black Lager.  It went down really smooth and was much appreciated after three hours of riding. 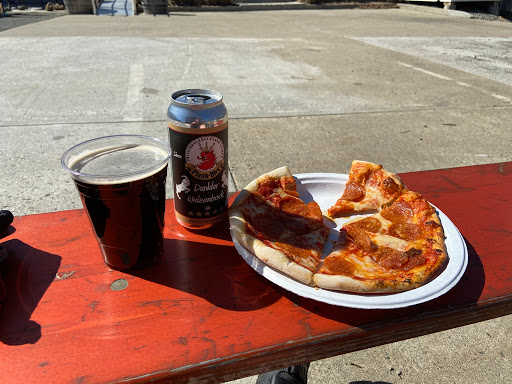 I ordered a pepperoni pizza for lunch and had a Dunkler Weizenbock with it. I haven't had a decent Dark Wheat Beer is 30 years and this one was awesome. Then again, the only place you will find a decent one is Bavaria, Germany, where this beer came from. 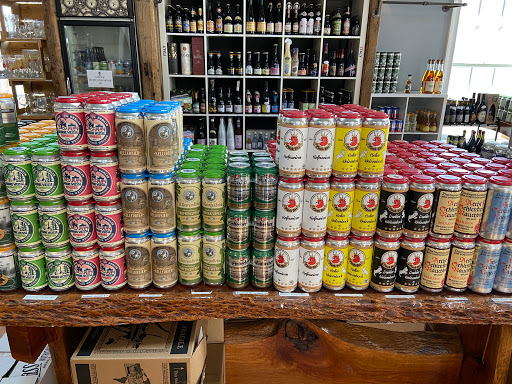 I love OEC because it's the sole importer and distributor of Einbeck Beer. I didn't see any Mai Bock, though, which is the best beer to reign in spring with. 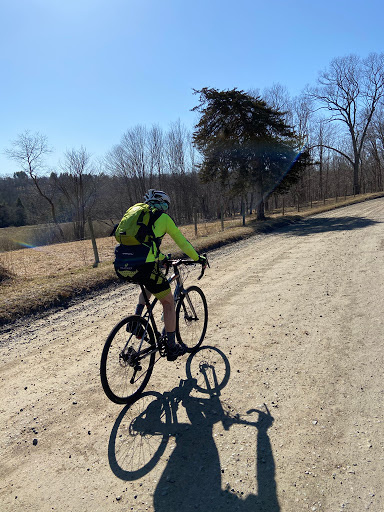 Heading back, we opted not to stop at Black Hog Brewery, which is right off the Bridle Trail, and we bypassed the section between Southford Road and Kettletown Road, aiming for a straighter shot through Southbury and onto Flood Bridge Road. 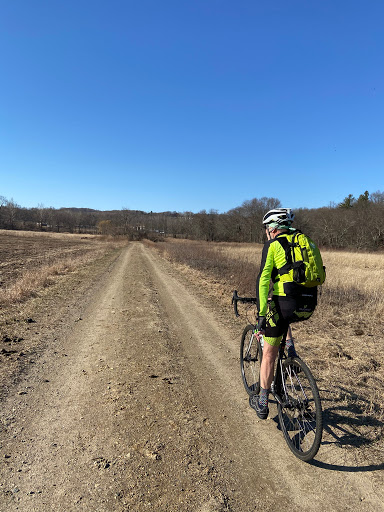 We got last dirt riding through the backside of Fairfield Hills and then rode over to the Newsylum Brewery.  The line for an outdoor table was long so Scott bought a four pack of their Dopplebock and we found a table and chairs off the premises to sit and drink beer.