2019 Edition of the Roxbury Roubaix 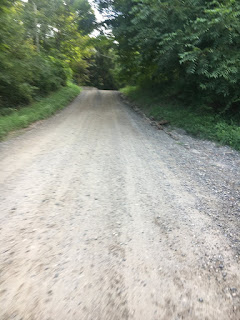 Originally, I had planned a much longer ride but since I was going solo I started later and made some audibles along the way, first of which included the climb up Old Roxbury Road to Lower County. I haven't ridden this way in awhile and figured I might as well hit some of the oldies but goodies along the way. 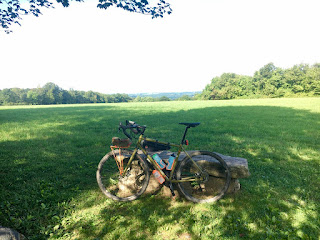 The weather on Sunday was truly spectacular starting out in the upper 50s to low 60s and during the whole never really got hot. Since I was already off course, according to my Garmin, I headed down Moosehorn where I came across a group of riders going the other way. Not sure why anyone would want to subject themselves to that kind of torture but I guess they do. I guess old habits are hard to change.  When ever I start from the Roxbury Market I like to head south and then turn north again, unless I am riding to Kent Falls Brewery. In that case, I will take the fastest way there.  Unfortunately, they aren't open on Sundays so I while my route would be taking me by them there would be no temptation to stop. 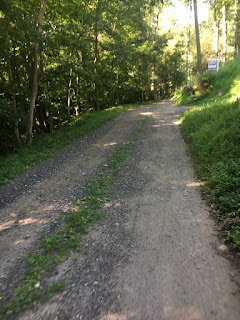 I picked up Battleswamp and headed over to Judd's Bridge.  I saw tracks in the dirt but I couldn't tell if they were going up or down. The end of Battleswamp is equally torturous as climbing Moosehorn in the wrong direction.  I have never walked Moosehorn but I have walked the first part of Battleswamp. 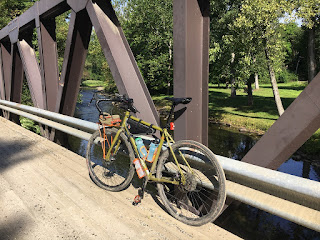 Another oldie but goodie is the Judd's Bridge climb. It's long and steep and but worth every pedal stroke. I think it's one of the signature climbs of this area and the only way is go up. 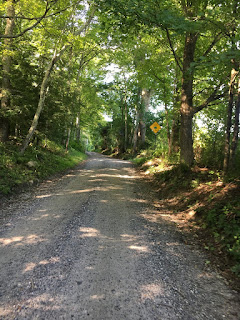 From the top of Judd's I hooked around to descend down Hartwell and then head up Walker Brook which is great in either direction.  Once I got to the end, I headed over to Old Mill which is a tight little gravel road that follows the East Branch of the Aspetuack River and then climbed up Upland Road and past Hunt Hill Farm, which unfortunately just closed for good.  Then I headed up Crossman Road, which is a dirt road that I haven't ridden in quite some time.  Popping out onto Rt 202 I headed south until I got to Paper Mill Road until I got to Bucks Rock Road.  Paper Mill, however is the nicest road and definitely need to work that into my next road ride through New Milford. 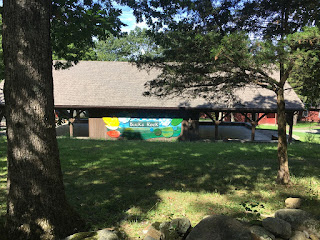 I have known about Buck's Rock being a dirt road for quite some time but have never actually ridden it until today. Just getting to it though is pretty challenging, there's a 9% climb up the worst paved road in New Milford and after going through some sort of summer camp you finally come to the dirt road. 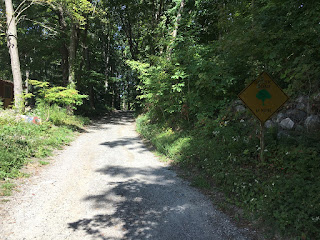 From there I headed over to Rooster Hollow.  I need to climb this some time because it's steep and winding and overall a wicked challenge. 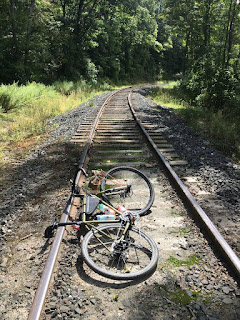 From Rooster Hollow, I rode up River Road to Old Stage Coach Road.  I was debating whether to go up Front of the Mountain and then decided to just go for it.  Another wicked, steep climb but worth it. 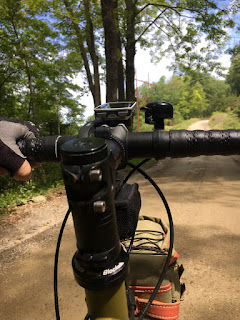 Then it was on to Mud Pond Road 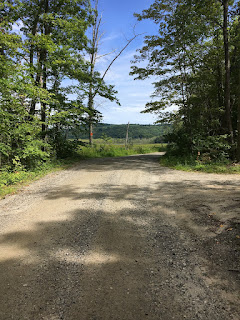 After you pass the pond you are in Kent 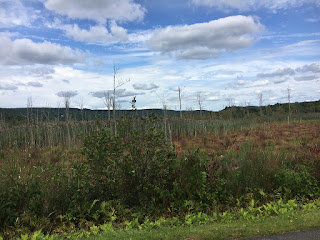 Originally I was planning on riding up Kent Hollow and then coming back on the dirt roads on the other side of Iron Ore Mountain but I was running out of time and had to cut that section out. 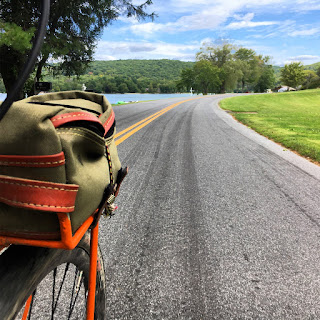 I made it to Lake Waramug but decided not to stop at the State Park to water up. I figured if I really needed water I could stop at Washington Depot. 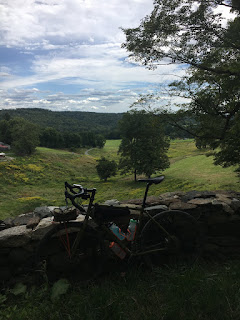 Heading north on Rt 202 (New Milford Turnpike) I got cut off by some jerk in a black Range Rover who turned into Bee Brook Road. 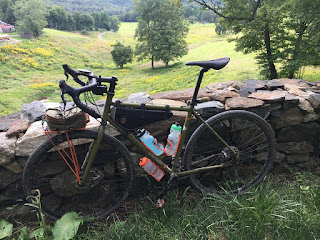 Eventually I got off the road and headed down the old Shepaug Railroad right of way to Hidden Valley. 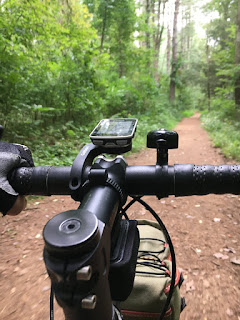 When I got to Washington Depot I still had a water bottle left so I pressed on. 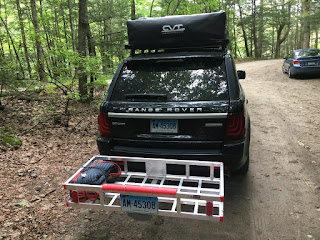 While in Steep Rock, I noticed the Range Rover that almost ran me over and took pictures for the Close Call Database. 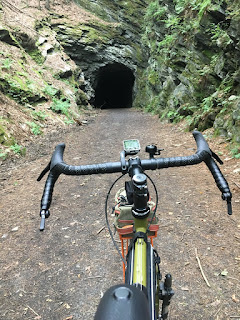 Then it was through the tunnel and back to the Market where I enjoyed some delicious Ferris Acres Ice Cream! 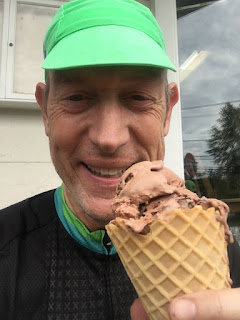