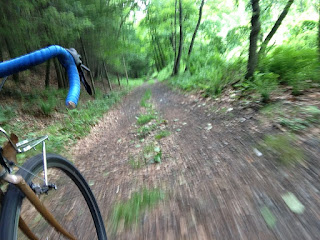 A couple of weeks ago I headed back to the foot hills of the Berkshires for an unscripted ride to north.  This time I hit the lower section of the Shepaug Railroad right of way, only from Minor's Bridge. 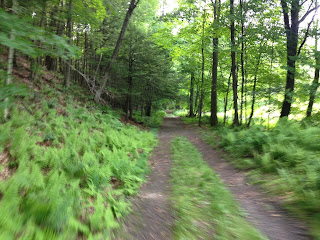 Taking the single track in was tough but ride able.  There was some hike-a-bike on the steeps ups and a rock garden or two, but it's worth it once you get to the railroad bed. 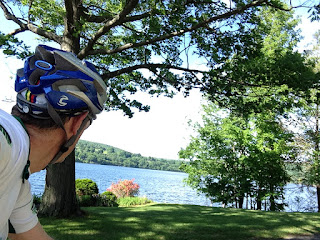 I rode Mine Hill and descended down Judds Bridge.  I prefer climbing Judds Bridge but coming in this way means overlapping my return route and that goes against the grain for me.  Descending Judds Bridge then puts you at the start of Walker Brook which is a 7 mile gradual, gravel grinding climb. 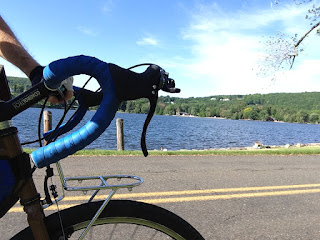 Not a lot of cyclotourist at this time of the day at Waramug.  I am sure earlier in the day the road looks like the Tour de France, however, until Soccer season ends I have to ride when I can and right now that means later in the day. 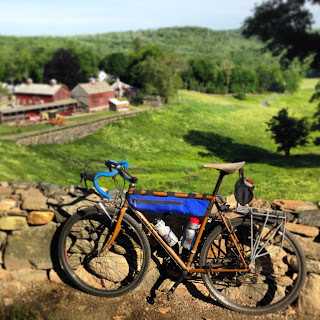 I did have one goal and that was to ride the Shepaug Railroad ROW from north to south starting in Rumford, CT.  I stopped off at the halfway point on Whittlesey Road to recharge and enjoy the views. 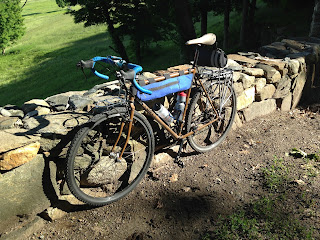 The Cross Check was riding nicely.  The Schwalbes are the best tires for this kind of riding.  While I wasn't riding with my handlebar pack on this ride, I have to remember not to use it when I am going to be riding singletrack because everything bounces around too much. 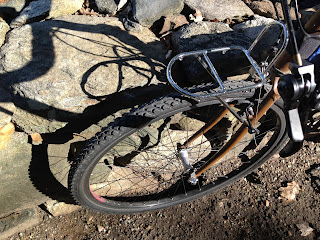 On the ride down the Shepaug Railroad right of way, I tried to stay true to the rail road bed but I ended up losing it and started climbing the yellow trail only to find that it was closed because of the bridge construction.  It looks like they are building a suspension bridge and they are anchoring the cables on the yellow trail. 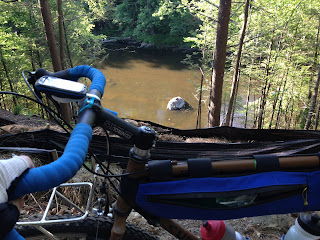 Looking down towards the river there was this huge snapping turtle sunning itself on this rock. 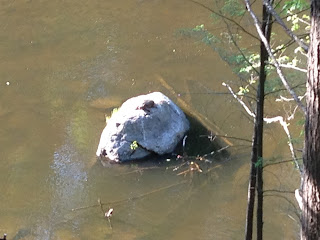 It must have some sharp claws to get to the top of that rock! 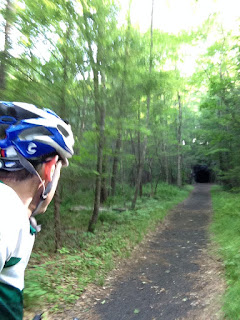 I hit the Shepaug Railroad tunnel at 5 PM and this was the latest I think I have ridden through it.  The cool thing was the setting sun actually lit the southern portal in such a way that coming out you are bathed in the light of the setting sun. 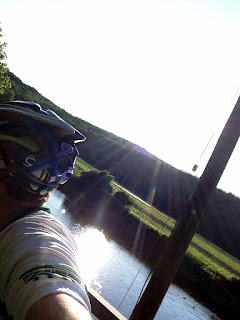 I ended up getting home around 7 PM